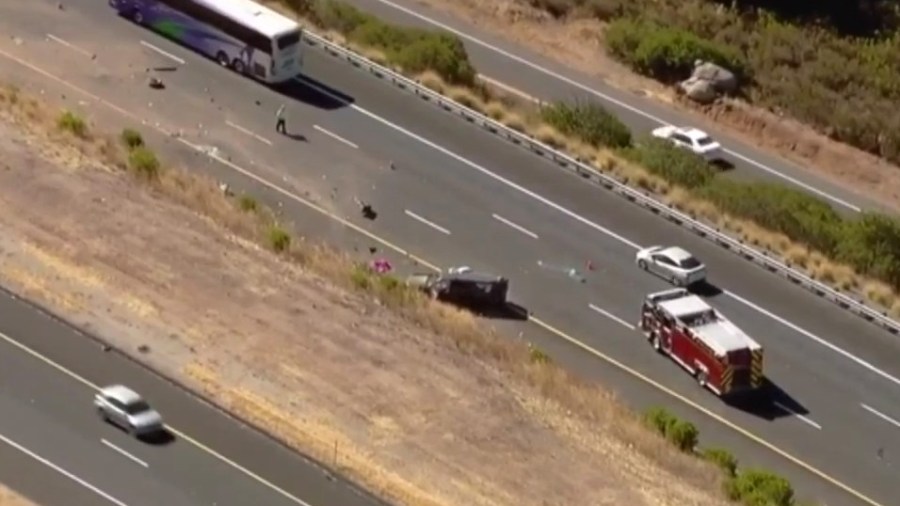 SAN DIEGO – At least one person was killed Friday when an SUV flew off an embankment and overturned, California Highway Patrol reported.

Shortly before 8:40 a.m., the vehicle traveled from the eastbound to the westbound side of Interstate 8, west of Tavern Road, in Alpine before going over the embankment, a CHP incident log shows.

Few other details about the crash were available. It is unknown if other vehicles were involved and the identity of the decedent was not shared.

Officers issued a Sig Alert as two lanes of eastbound I-8 were blocked by the crash. Video from SkyFOX shows it created a lengthy backup on the freeway with traffic narrowed down to a single lane while investigators were at the scene.