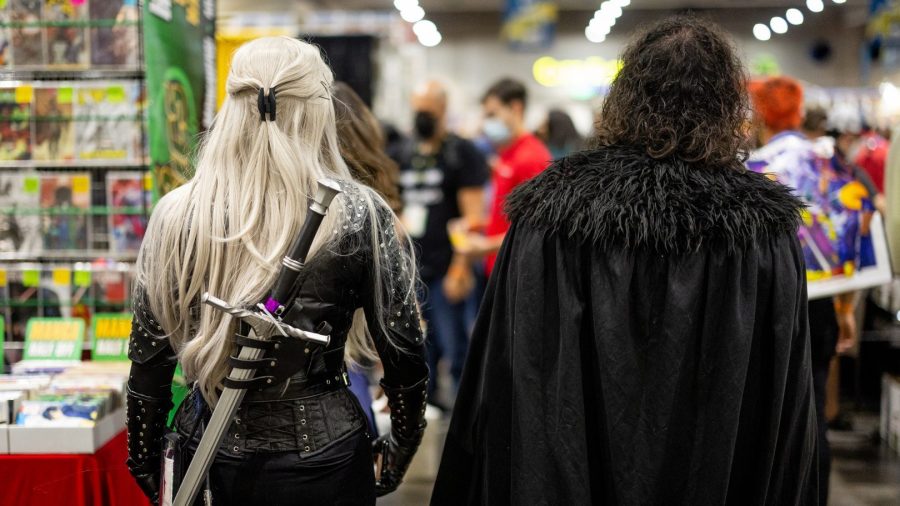 SAN DIEGO — Day one of Comic-Con officially kicked off Thursday with thousands of fans returning to the world’s largest comic book and popular arts convention.

“My favorite part is seeing all the cosplay and seeing people travel from all over with these costumes,” said Kara Jasper, who was dressed as Harley Quinn.

Jasper and her girlfriend Miranda Herman dressed up as Harley Quinn and Poison Ivy — their first outfit of the convention. The couple both drove from Northern California early Wednesday morning and say they don’t mind the new COVID policy’s put in place at this year’s convention.

“It makes me feel a little bit safer, it’s a really common occurrence after conventions to get this thing called con-crud, which is your sick with something, a flu a cold, and it’s because people you know don’t wash their hands, they are breathing on everything. Since we have had to wear masks, I haven’t gotten that,” Herman said.

The four-day convention is beneficial for creators who use this to expose their work, like Kraig Rasmussen.

“Getting everybody in a small concentration like this allows real awareness of what people are really doing, because if you go to a comic book store, there really isn’t a way to connect with people,” Rasmussen said.