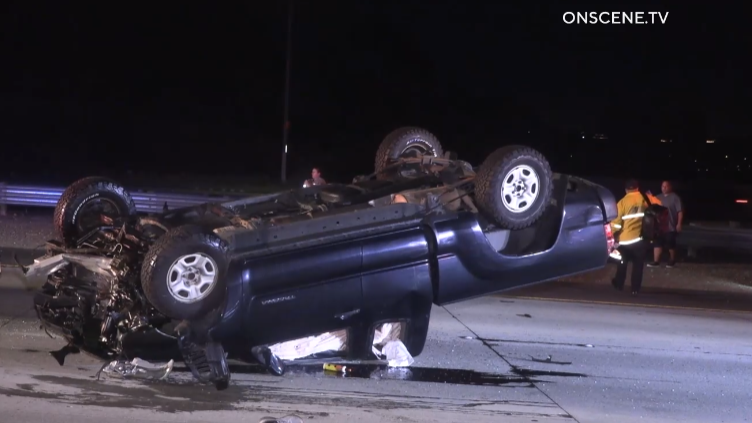 The incident began around 8:33 p.m. when police and fire received a call reporting a crash on SR-54 just east of the Briarwood Road exit, according to the California Highway Patrol log.

Two cars were initially involved in the incident before other vehicles rammed into them, causing further damage. The first two vehicles both landed upside down and firefighters and paramedics were seen working to rescue victims from the vehicles late Saturday evening.

Video shot by OnScene TV showed a red Ford Mustang, a black pickup truck, and a Lexus with damage following the incident.

Footage also showed a man being extricated from one of the vehicles involved and EMS and fire working to cut his leg free from the wreckage. The man was placed into an ambulance and taken to a nearby hospital.

The cause of the crash is unknown at this time.

As of 10 p.m., CHP had reopened at least two westbound lanes of the highway.

CHP officials said that the matter remains under investigation.