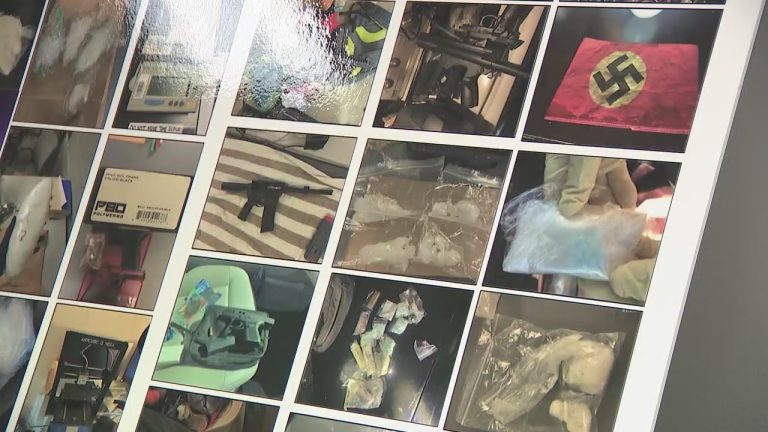 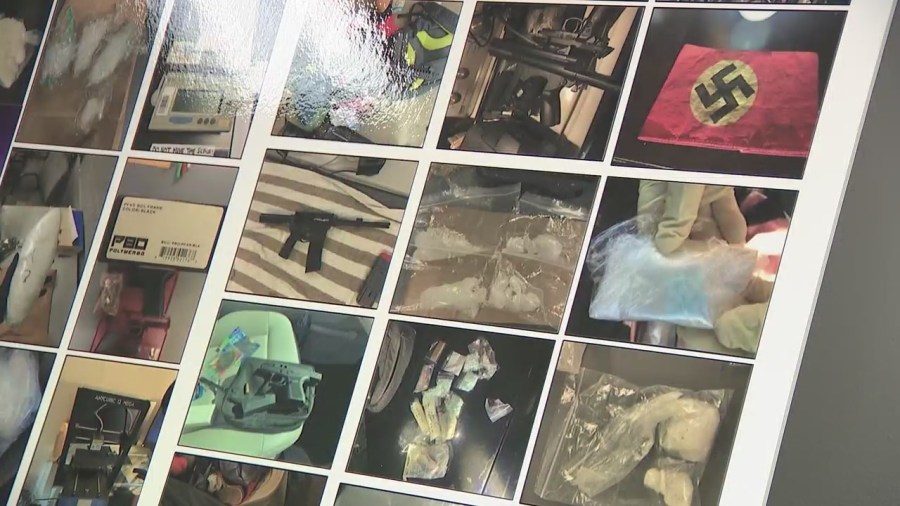 SAN DIEGO — Authorities arrested 70 people after a 10-month long investigation into an alleged drug trafficking ring in the northern end of Clairemont.

According to police, fentanyl, heroin, oxy-cotton firearms and at least 24 stolen cars were recovered during the raids.

“This take down we’ve done was against a well-organized syndicate,” said San Diego Mayor Todd Gloria who announced the bust alongside the police chief and district attorney.

Officials say the 70 suspects have white supremacy ties and more people are expected to be taken into custody.

“To get a sense of the magnitude of this operation with 70 arrests that was done, 47 defendants have already been charged with felony crimes,” said Summer Stephanm the district attorney of San Diego.

The specific names of the white supremacy groups is being withheld because more arrests are in progress.

“Many of the defendants have ties to white supremist street gangs adds another layer of safety concerns for law enforcement,” Stephan said.