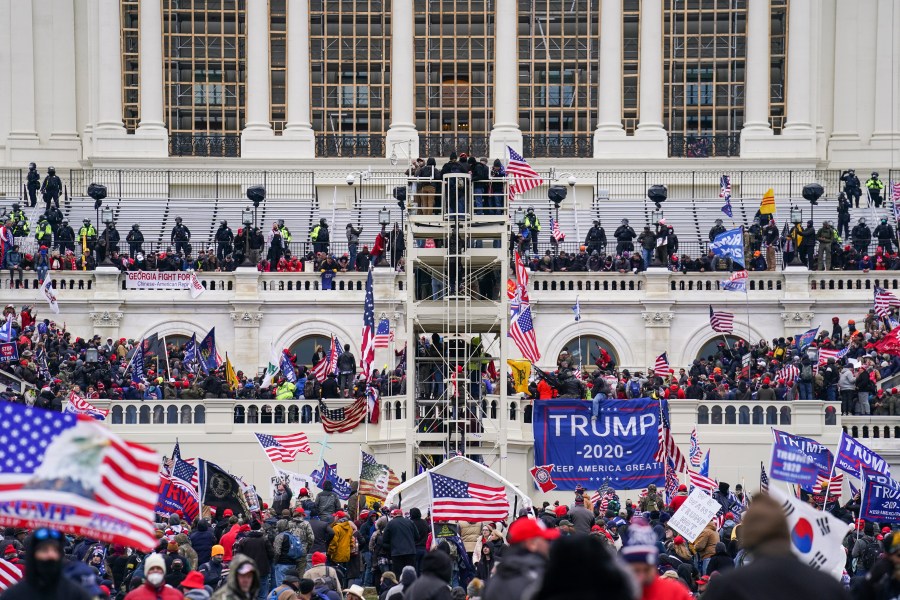 WASHINGTON – A 34-year-old man from El Cajon accused of taking a photo inside the Senate parliamentarian’s office during the Jan. 6, 2021, insurrection at the United States Capitol was found guilty by a jury Friday.


Jan. 6 rioter who stormed Capitol with gun gets 7-plus years in prison

Herrera was one of the rioters who illegally entered the Capitol through the Senate Fire Door and Senate Wing Door and was even photographed holding papers inside of the Senate parliamentarian’s office, prosecutors stated.

During the riot, Herrera wore a media badge which he later admitted on social media that he had purchased from Amazon, saying “I don’t have a monopoly on press badges. They’re on Amazon for like $8 … No special permission to buy.”

Following an investigation carried out by multiple government agencies, Herrera was arrested in Los Angeles on Aug. 19, 2021.

The El Cajon resident will be sentenced on Nov. 10 in Washington, D.C and faces a maximum of 20 years for the felony charge. U.S. District Court Judge Beryl A. Howell, who presided over Herrera’s case, will determine the man’s sentence.

More than 850 individuals have been arrested since the U.S. Capitol riot in January 2021 and the case remains open.