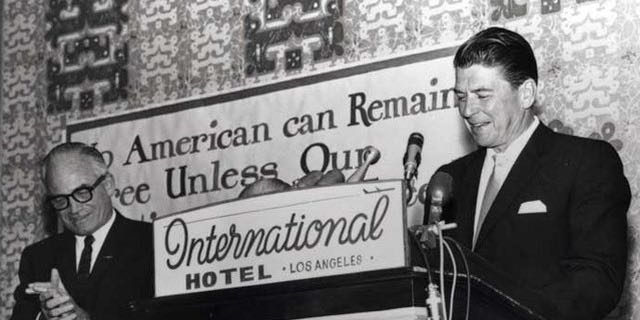 Stalemate, partisanship, and resentment seem to occupy more of our social spaces with each passing day. Beneath these divisions are more fundamental questions about evidence, and what kind of knowledge counts as legitimate in public debate. Conservatives typically see experience as the best source of political knowledge. We should generally defer to things that have been tried and tested. By contrast, liberals tend to be more comfortable dealing in theories that are detached from our inheritances, which leads them to push for more aggressive changes in the public square. They are happy to enshrine in law new rights not specified in the Constitution. Beyond government, private organizations like universities, corporations, and media companies embrace concepts drawn from gender theory and identity politics.

In shunning the left’s unrelenting abstractions, some conservatives respond by championing empirical methods of reasoning. Empiricism in politics seeks to make our political debates more realistic by tethering them to experiences and what’s observably true. Our politics, right and left, could certainly use a healthy dose of empiricism. One reason angry partisanship has intensified is that we harbor false perceptions of one another and events, which means that too often our beliefs are only a faint echo of reality.

Yoram Hazony’s 2022 book, Conservatism: A Rediscovery, includes a thoughtful and helpful guide on empiricism in politics. Hazony’s discussion proceeds within a well-established tradition of Anglophone political thought, and is likely to be met with sympathy by many readers. But, to really know whether he suggests a scheme that’s workable in the American political contest, Hazony’s argument must be examined in the context of conservative history. Does Hazony’s claim that conservative politics is defined by “bonds of mutual loyalty” make sense in light of recent history? Is this scheme competent to counteract progressivism’s excessively theorized politics?

A helpful testing site for Hazony’s conservatism is Matthew Continetti’s recent book, The Right: The Hundred Year War for American Conservatism. Continetti’s book explores “movement” conservatism. Before it became an organized enterprise, around the mid twentieth century, the right was loosely defined by calls for normalcy amid leftist overreach. Thanks largely to William F. Buckley’s unparalleled talent for coalition-building, it transformed into a self-conscious movement made of intellectuals who debated and mapped out conservatism’s first principles, chose political candidates, and developed election strategies. Continetti’s book, as a story of conservatism embodied in time and place, helps us see whether Hazony’s vision of conservative society is sound and sensible.

Hazony’s book is an argument about first principles. But he usually shies away from definitive claims about universal political truths. He’s careful to locate most of his claims within the Anglo-American tradition. “Historical empiricism,” he says, means “our reasoning in political and legal matters should be based upon inherited national tradition.” He notes that “by consulting the accumulated experience of the past, we overcome the inherent weakness of individual judgment, bringing to bear the many lifetimes of observation by our forebears, who wrestled with similar questions under diverse conditions.” This insight is developed by thinkers such as Selden, Montesquieu, Hume, and Burke.

Historical empiricism stands in contrast to rationalism, which is how enlightenment liberals approach political thought, according to Hazony. He writes, “Rather than arguing from the historical experience of nations, rationalists set out by asserting general axioms that they believe to be true of all human beings and that they suppose will be accepted by all human beings examining them with their native rational abilities.” Rationalism attempts to discern universal truths using naked reason—laying bare what is innate and natural across time, geography, and circumstance.

But rationalism, like any ideology that promises to do more work than its tenets allow, quickly reveals itself to be unworkable. As Hazony notes, “The more general and abstract the principle proposed, the more certain one may be that its consequences will not be confined to what has been discussed and foreseen.” Societies are better off when their politics are erected “on the basis of things that can be known from history and from an examination of actual human societies and governments.”

Hazony explains that rationalist political theory fails because “its premises are constructed without reference to experience.” He adds: “[E]xperience suggests Men are born into families, tribes, and nations to which they are bound by ties of mutual loyalty… No universal ideology has succeeded in eliminating this intense desire to protect and strengthen the collective.”

According to Hazony, conservative societies are made up of hierarchical groups like clans bound by trust and respect. Reasoning, thinking, and intellectual development begin with and transpire through these tribal structures. He writes, “In conservative societies, arguments proceed … beginning with the existence of a given nation, tribe, congregation, or family, or some other loyalty group, and proceeding to ask what steps must be taken to strengthen the loyalty group and improve conditions for its members.” He continues, “In this context, arguments over what is just and true arise constantly, but they are made with reference to practical issues and framed in terms of inherited principles.” In other words, for conservative societies, debates and intellectual advancement all happen within a given community’s inherited tradition. Received ideas grow organically within these various groups and clans through intercommunal debates and clashes, and then are settled by respected and visionary leaders.

Hazony’s account of how debates develop in conservative societies will resonate with some, though others might find its emphasis on social divisions excessive. Either way, his claim is difficult to square with conservatism’s history in America. The birth of movement conservatism began outside these kinds of communities. Conservatism, as Continetti’s account makes clear, began as a self-conscious enterprise of political ideas. The right as we know it today required large scale organization and institution-building. It did not grow within specific tribes, congregations, or loyalty groups, nor did it emerge from their traditions. Rather, movement conservatism had to build many of its institutions from scratch. It certainly borrowed principles from the Founding era, British constitutionalism, religious insights, and philosophical schools of thought. But conservatives acquired these ideas through independent research, collegiate mentorship, and scholarly investigation. These ideas weren’t a tribal inheritance.

Twentieth century history can help explain why conservatism was born out of organizations and professionalized efforts. From the New Deal onward, American life became more nationalized, at the expense of local organization and community. Progressivism, especially as envisioned by Woodrow Wilson, pushed for centralized and managerial governance. Conservatives realized that they needed to counter progressive influence with their own large-scale mobilization. When the highest stakes for collective life are decided by the central government, smaller scale communities like families and congregations shed their idea-generating functions. Intellectuals and political organizers needed to fill in conservatism’s intellectual and political gaps.

The competition Continetti describes among conservative factions illustrates how self-conscious, deliberate, and inorganic the movement was. Prominent arguments over first principles transpired among paleoconservatives, neoconservatives, fusionists, and others. These sects emerged from diverse historical circumstances and touted varied persuasions.

Paleoconservatives, Continetti explains, “had been conservative for longer than the neoconservatives. But the antagonism went deeper… [P]aleoconservatives defended the Lost Cause of the South, despised Lincoln, and rejected the natural rights philosophy of the American founding. These lines of thought converged in a revulsion for present-day America, whose increasing ethnic and racial diversity, information- and service-based economy, and global dominance made it a country that the paleoconservatives did not recognize.”

Neoconservatives, meanwhile, were converts from the left, which they felt had gone too far in its embrace of cultural radicalism and welfare politics. But they remained supportive of the centerpieces of Democratic legislation: the New Deal and the Civil Rights laws. They tended to be more scholarly than other conservatives, and more comfortable working with data. Continetti explains that they “believed they were defending liberalism, not negating it as more traditional conservatives sought to do.” Thanks to neoconservatives’ influence on the right, “[p]hilosophical support for tradition in the abstract was overshadowed by concrete social policies that addressed the demoralization of welfare recipients.”

Then there was fusionism, for which Frank Meyer paved the way. Meyer “fused” conservatism’s high view of virtue and libertarianism’s preeminent concern for freedom. Continetti explains, “Meyer distinguished between the purpose of politics and the purpose of morality. The end of politics, he said, must be freedom, because individual virtue cannot be attained if it is coerced.” Thus began the conservative-libertarian alliance that defined the right until very recently.

Consider Continetti’s discussion of history next to Hazony account’s of “constructive reasoning”—thinking within a community’s inherited intellectual tradition—which is supposed to transpire in conservative society. American conservatism, as Continetti’s book shows, was born as a deliberate, albeit factious, movement. Pre-existing organic communities couldn’t weather the politics of mass scale inaugurated by progressivism. Conservatives, though they certainly relied on old ideas, were forced to found new schools of thought and new institutions. Magazines like National Review, The Public Interest, Modern Age, and Commentary exploded to house these twentieth century debates. New organizations popped up everywhere: the Intercollegiate Studies Institute, the American Enterprise Association (now Institute), Young Americans for Freedom, and even the sordid John Birch Society. Professionalization and chartering, rather than ancestry and nationality, were the midwives of conservative ideas and policies.

Hazony’s vision for a society of loyalty, honor, and trust is will appeal to many conservatives. Belonging to groups that create a sense of belonging would create happier lives and healthier communities. But for now, it remains aspirational. Perhaps people today have been conditioned away from their natural groups—tribes, nations, and increasingly families too—by managerial politics and mass communication technologies. Yet it’s also possible that our social instinct can manifest itself in a variety of ways beyond tribes, and that tribes are a product of historical contingency. Either way, clans and congregations couldn’t house the development of conservative ideas, so the right found shelter in professional organizations and mass media.

Debate at the professional and organizational level is now conservatism’s lifeblood. Academia, publishing houses, journals, and think tanks became factories for conservatism’s ideas and principles. Throughout the right’s history and even today, conservative magazines have thrived by creating rigorous forums for exchanging and expounding ideas. They come and go over the years, though some like National Review and Commentary have weathered conservatism’s turbulent internal fights and managed to survive for decades.

Professionalized conservatism certainly has its drawbacks. In his book, Hazony rightfully laments that some conservative thinkers, past and present, decline to join congregations and instead cling to professional and literary circles. Rootlessness, transience, and endless mobility are inimical to a conservative life. The erosion of American communities is one of the greatest tragedies of modern life for all, liberal and conservative alike. Professional “thinkers” too often neglect obligations to their families, communities, and traditions for the sake of career. And populist conservatism—though sometimes an important corrective to elite aloofness and condescension—can encourage outrage, resentment, and, at its worst, conspiracy and violence.

Yet, conservatism’s professional class has given us many treasures. The forums it has created allow us to consider anew the character of the American republic, what our goals should be, how we should be educated, the joys of reading timeless texts, and much else. It’s even led to the creation of many beautiful new essays and books on the blessings of belonging such as Hazony’s.

Perhaps another of conservatism’s lessons, then, is that being human requires us to honor the communities and inheritances into which we’re born. But new beginnings, new friends, and new communities can be worthwhile as well.

Haval Cool Dog 1.5 turbo SUV has a pretty cool design, but will it come in right hand drive?

Large number of motorcyclists nabbed for using fancy plates by JPJ during a special operation in N.Sembilan