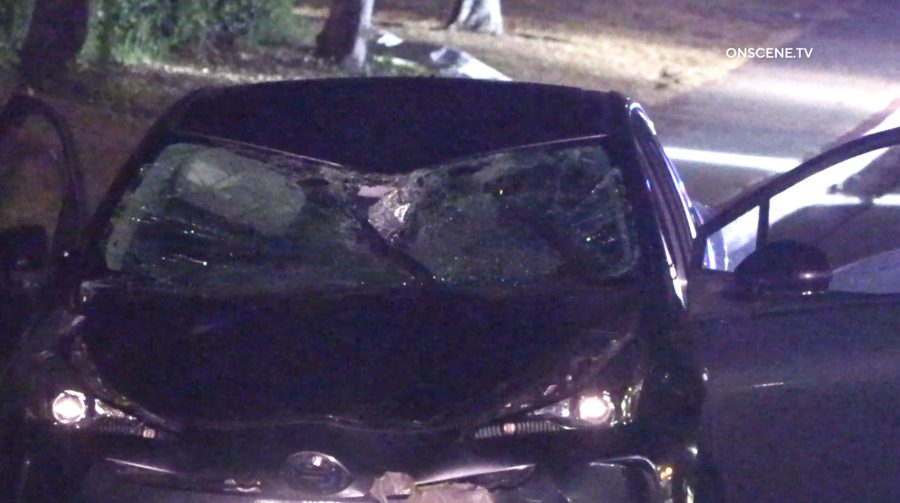 About 10:20 p.m., officers were called about a traffic crash involving pedestrians in the 3100 block of East Plaza Boulevard, National City police Sgt. Joseph Camacho told OnScene.TV. There, they found the two victims — a teenage girl and an adult man — on the ground and a female driver in a nearby Toyota sedan.

Officers made contact with the driver, who Camacho said was “experiencing signs and symptoms of being under the influence of alcohol.” Video from OnScene shows the vehicle’s windshield smashed, airbags deployed and a plastic bag caught in its grill.


What a gas tax holiday would mean for San Diego drivers

The driver later was arrested and taken to the police department for processing, Camacho said.

Neither of the victims were identified by police, but officers say they appear to be related in some fashion. The teenager died at the scene while the man was taken by ambulance to Scripps Mercy Hospital. He later was pronounced dead at the hospital.

The result of the crash closed traffic for hours on East Plaza Boulevard as officers investigated. It reopened in both directions by about 5:30 a.m. Thursday.

No further information was shared by police.