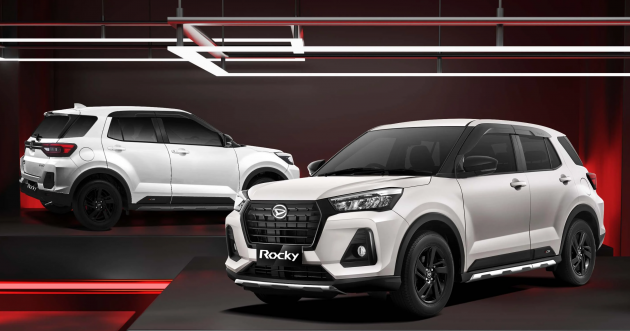 The Daihatsu Rocky has been given a minor update in Indonesia, and Astra Daihatsu Motor (ADM) launched the Perodua Ativa’s refreshed sister at the just-concluded Gaikindo Indonesia International Auto Show (GIIAS) 2022. The Rocky made its debut in the republic in April 2021.

Looks different than the Ativa? That’s because Indonesia’s Rocky follows the JDM Daihatsu’s looks, which feature a narrower grille and flatter front and rear bumpers for slightly reduced dimensions. For this update, the silver front grille frame (with red accents) is now in black, and so are the wing mirror caps. The silver front ‘skid plate’ and matching trim on the side skirts are now in a darker gunmetal colour. All these are for the sporty ADS package. 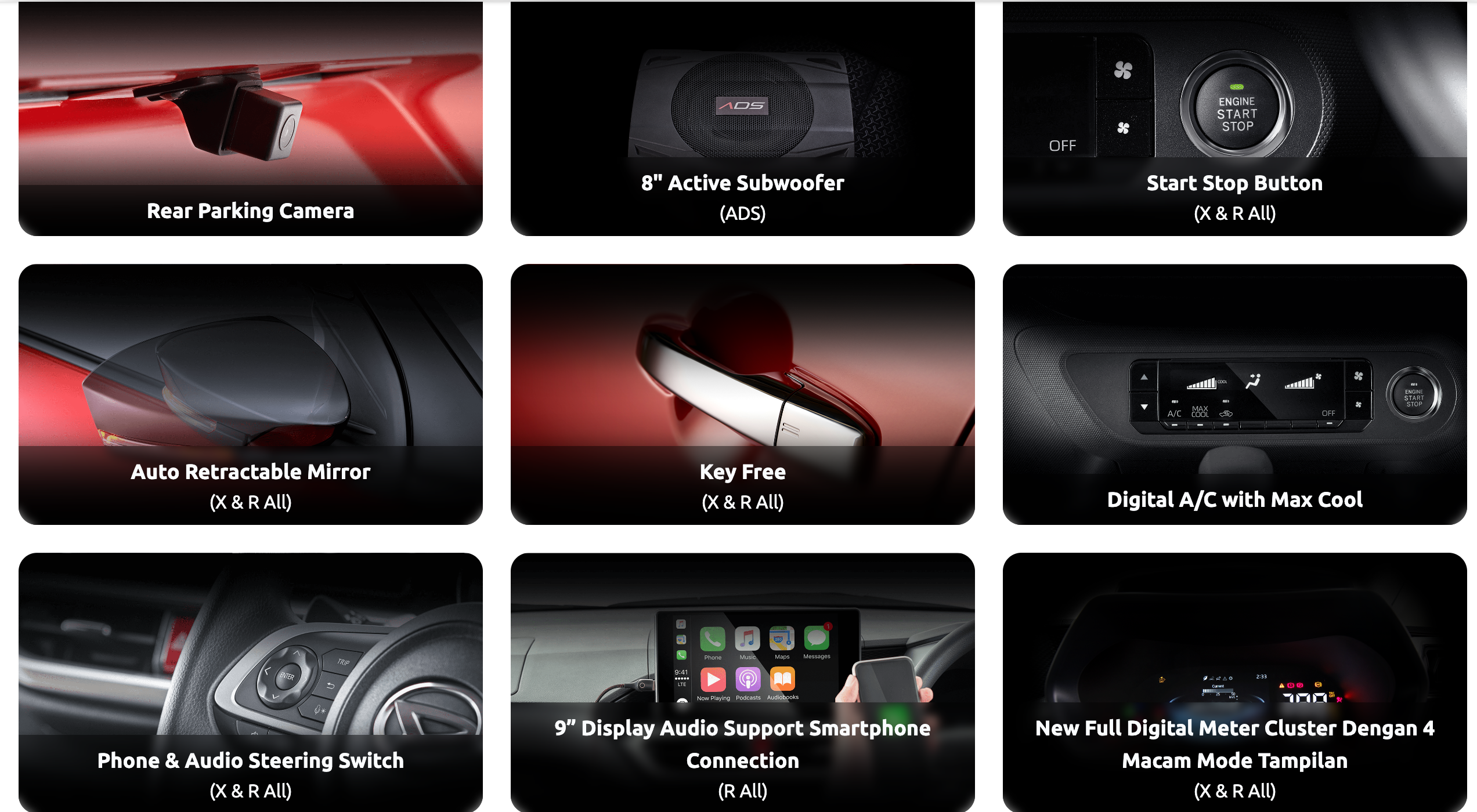 Looking at the Indonesian Rocky reminds me of how well-equipped our Ativa is. The Advanced Safety Assist (ASA) suite of driver assists is only available on top of the costliest 1.0 R TC CVT variant, which is priced at RM82,433. Mind you, this is just ASA (which is standard across the Ativa range), and the top Rocky doesn’t get any form of cruise control, never mind ACC with Lane Keep Control for Level 2 autonomous driving.

For Perodua, ACC/LKC is bundled together with blind spot monitor and rear cross traffic assist, and the Rocky also misses out on BSM and RCTA. It does have Lane Departure Warning and Prevention that’s bundled with ASA, though.

It appears that ADM and Perodua are free to design their own AC control panels, which is why the Indonesian Rocky, the JDM one and the Ativa have different controls. The more rectangular panel you see here doesn’t have Perodua’s two memory settings but counters back with a ‘Max Cool’ button – press this and the temp and fan goes full blast to cool down the car in the fastest manner. The blank buttons are quite unsightly though. Each market also has its own head unit, and we can see that the Indonesian one already has Apple CarPlay and Android Auto support, which Perodua has only just rolled out with the Alza. The Ativa doesn’t get CP and AA, making do with the much less convenient Smart Link screen mirroring that I doubt anyone uses.

The DOHC, Dual VVT-i NA engine can be had with a five-speed manual or CVT automatic. Interestingly, even the 1.0L turbo engine has a stick shift option. Of course, the latter makes no business sense here and we’ll never ever see a turbo manual Perodua. What do you think of the Indonesian Daihatsu Rocky versus our Ativa?