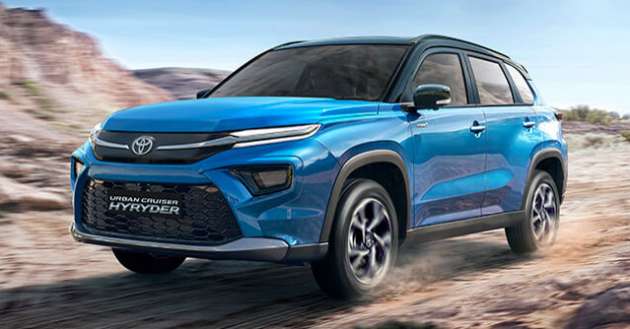 Toyota has launched the new Urban Cruiser HyRyder in India, and while it may share part of its name with the sub-four-metre SUV revealed back in August 2020, this B-SUV is something different. A model to come out of Toyota’s partnership with Maruti Suzuki, the HyRyder shares its platform with the upcoming Grand Vitara.

Design-wise, the new Toyota SUV features slim twin LED DRLs with chrome trim that extends into the largely closed-off grille. Said grille is a crystal acrylic piece with a piano black finish and is largely closed off, save for two slits at its base.

The main headlamps, which are either bi-halogen or LEDs, occupy the corners of the lower apron, flanking a large trapezoidal-shaped intake. The sculpted bumper is accompanied by an off-coloured lip as well as a butch-looking bonnet, while the sides feature black body cladding as you’d expect of an SUV. 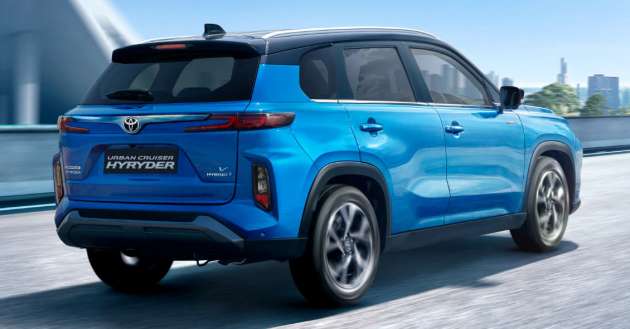 As for the sides, you’ll find a blocky design with large window sections and thick C-pillars, while the rear features two-piece taillights with C-shaped elements that extend into the tailgate. Like the front, there’s an off-coloured trim piece at the base of the bumper, and the corners house the reverse lights and reflectors.

Inside, the main highlight of the layered dashboard is the touchscreen infotainment system (seven or nine inches), which sits at the very top above the centre air vents, air-conditioning controls, power outlets, a storage cubby and raised section for the gear lever selector. For the driver, there’s a multi-function steering wheel and either a 4.2- or 7-inch instrument cluster display, depending on the grade.

Toyota isn’t holding back when it comes to puns related to the HyRyder, with one of them being “it’s hy time to move up to the hybrid life.” Yes, this is an eco-friendly SUV, and there are two electrified powertrains offered. 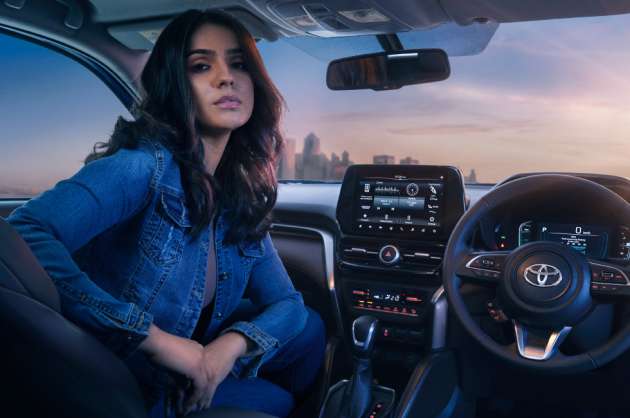 The front-wheel drive setup also sees a lithium-ion battery power an electric motor rated at 80.2 PS (59 kW) and 141 Nm for a total system output of 115.56 PS (85 kW). This self-charging powertrain is used in the Hybrid variant of the HyRyder, with three grades (S, G and V) available.

The second powertrain a mild hybrid system developed by Suzuki and dubbed NeoDrive by Toyota, which features a K15C 1.5 litre naturally-aspirated four-cylinder push out 101.9 PS at 6,000 rpm and 135 Nm at 4,400 rpm, backed by an integrated starter generator (ISG) and a 6 Ah lithium-ion battery. 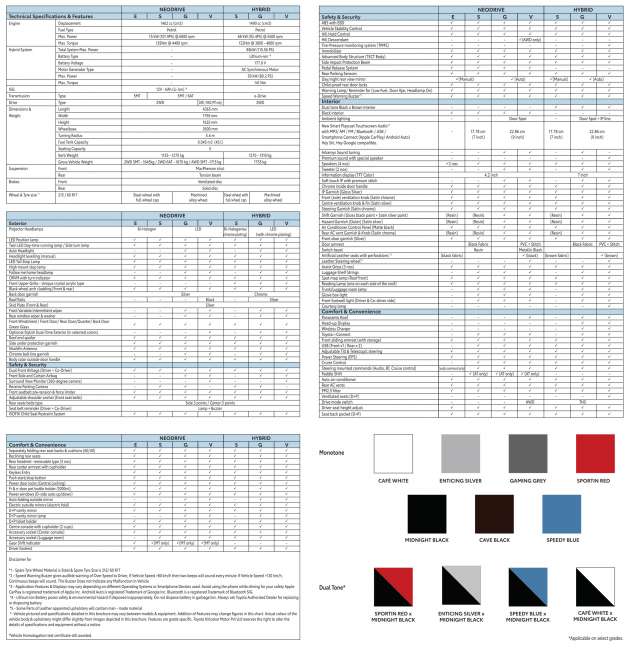 The NeoDrive powertrain comes with a five-speed manual or six-speed automatic transmission, along with a choice of front- or all-wheel drive – the latter is a first in the mid-size SUV segment in India. Four variants (E, S, G and V) are available for the NeoDrive variant, which has a kerb weight of between 1,155 and 1,275 kg compared to the Hybrid that is heavier at between 1,270 and 1,310 kg.

Both variants come with MacPherson struts at the front and a rear torsion beam, along with 17-inch wheels (215/60 profile tyres) that are either steelies or machined alloys. Seven monotone colours are offered, with four dual-tone options applicable on selected grades.

Production of the HyRyder will only commence from August and pricing will be announced at a later date, although it’s estimated start from one million Indian rupees (RM55,741). Toyota’s electrified SUV will compete against the likes of the Hyundai Creta, Kia Seltos, MG Astor, Volkswagen Taigun, Skoda Kushaq and its close sibling, the new Grand Vitara