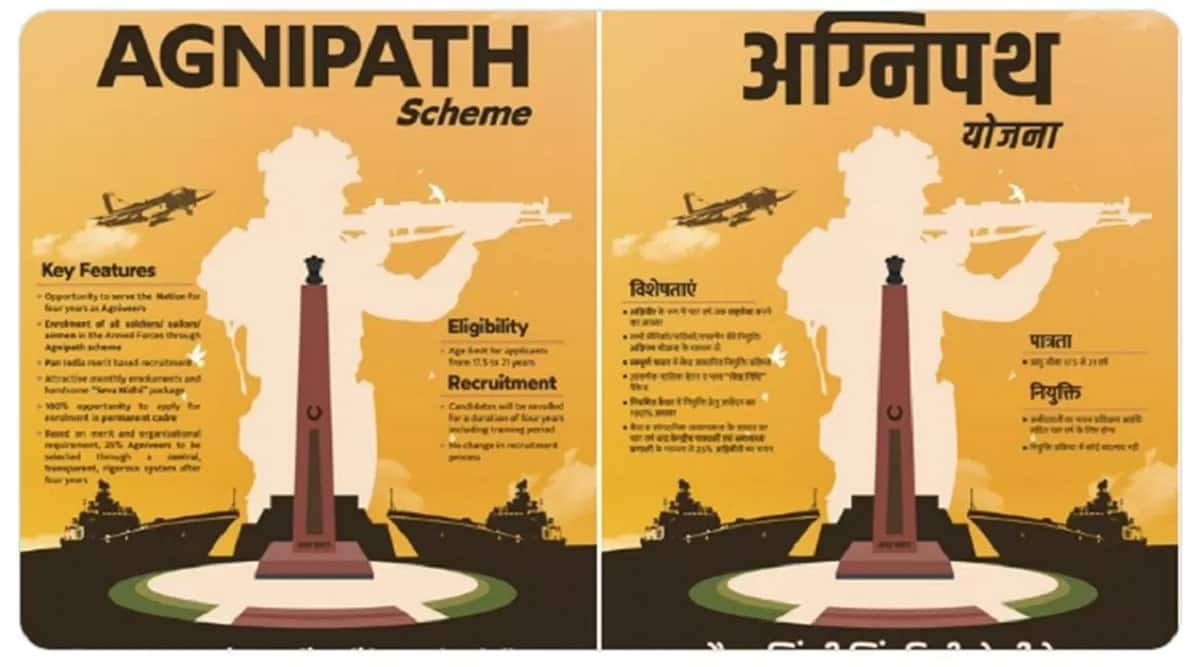 The Government of India announced the revised Tour of Duty which has been in discussion. Many veterans have expressed their views on the efficacy of a system, the impact on those retained and more so on those who do not get retained in service after four years.

While the government press release gives out the broader outline of the policy the nitty gritty is what escapes the eye and is the cause of uncertainty of the Veterans.

The Indian Army has All India All Class units and they have been delivering as well as the caste-based units.

It would be safe to assume that there is no compromise in the selection/recruitment process. The training would need to focus on the motivation and the camaraderie that would help prepare the Agniveers on their role and hence motivate them to give their best as per the traditions of the Indian Army.

The Government of India, the press release mentions the following:

• Agniveers will be enrolled in the Forces under respective Service Acts for a period of four years.

• Agniveers will have a distinct rank in the Armed Forces, different from any other existing ranks.

• Retention in service will be contingent on the organizational requirement and policies promulgated by the Armed Forces from time to time.

• Agniveers will be offered an opportunity to apply for permanent enrolment in the Armed Forces.

• Retention will be considered in a centralized manner based on objective criteria including performance during their four-year engagement period, limited to 25% of each specific batch of Agniveers.

• Enrolment will be undertaken through an online centralized system for all three services with specialized rallies and campus interviews from recognized technical institutes such as Industrial Training Institutes and National Skills Qualifications Framework.

• Enrolment will be based on an ‘All India All Class’s basis and the eligible age will be in the range from 17.5 to 21 years.

• Agniveers will meet the medical eligibility conditions laid down for enrolment in the armed forces as applicable to respective categories/trades.

This enrolment process seems to be more scientific vis a vis the current enrolment process; the centralized system will therefore help in ensuring that there are no voids in the manpower across the three services.

The acceptance of an Agniveer into the regular cadre of the defence services should be on a Matrix-based objective system, specific to each Arm and Service/ technical skill sets for the IAF and IN. A 360 review would help in bringing about a change in the Annual Review of All Ranks in the defence services.

The larger challenge would be for those who are to be released from active service.

• There is no precedence of released servicemen being absorbed in the industry/civvy street.

• Will the blemish of not retained in service be a disadvantage?

• Will the government now take a decision to have lateral absorption into the CAPF/ State Police Forces?

The Agnipath policy is not cast in stone and is definitely not the new Commandments issued, they will be reviewed and course corrections done to ensure that the overall impact of this change does not breakdown the regimentation of the units and the combat potential remains at its peak in our context of “No War No Peace”.

To sum up it would be easy to take refuge in this quote “The biggest impediment to growth is in our minds and not in the world outside, and only constant in the world is change”. KR Albers

(The author is an Indian Army Veteran. Views expressed are personal and do not reflect the official position or policy of Financial Express Online. Reproducing this content without permission is expressly prohibited.)