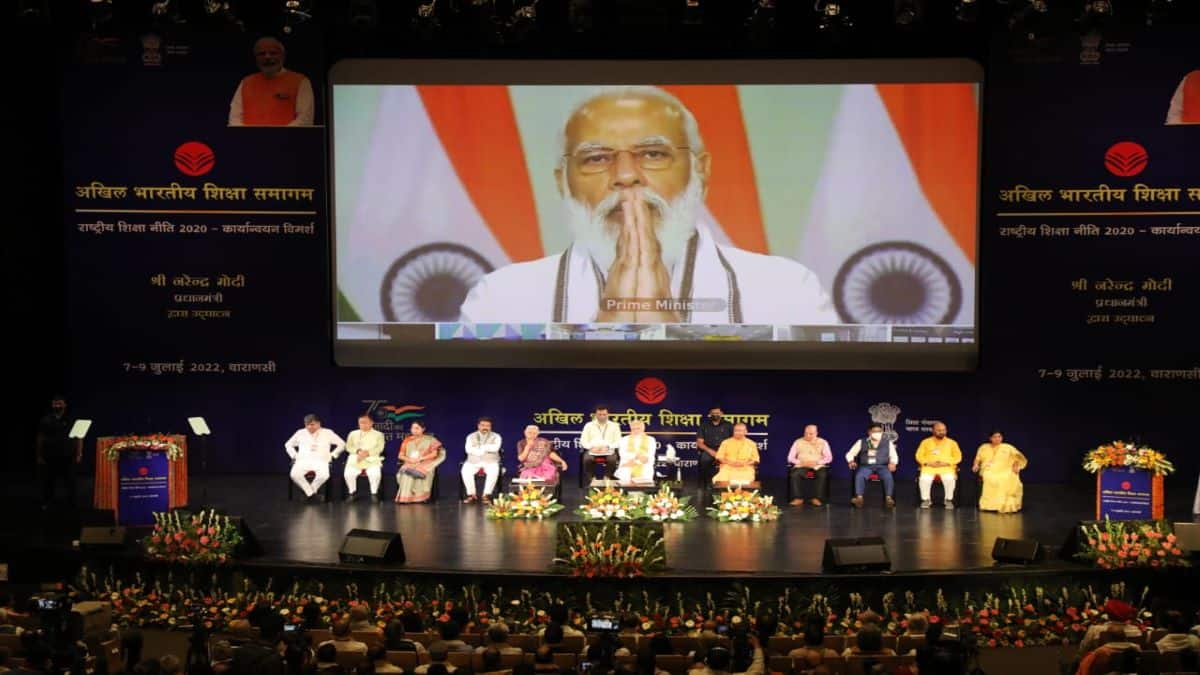 A 16-point action plan on the implementation of the National Education Policy 2020 is on the agenda of the ongoing three-day meet in Varanasi, officials said on Friday.

Prime Minister Narendra Modi inaugurated the meet, Akhil Bharatiya Shiksha Samagam, on Thursday. Around 300 heads of higher education institutions are taking part in the discussion on the agenda.

“Now, this 16-point agenda plan of action is one of the themes or the foundations of the actions that we have proposed to discuss in the next three days,” he added.

“All this consultation is happening for the benefit of the student who is going to be the taker of this type of initiative that is happening. So we feel that…what will emerge from these three days will motivate as well as allow the universities to take a better plan of action for implementation of the National Education Policy for the benefit of students,” he said.

He also called for a curriculum which meets the industry’s requirements.

“I think everyone here is meeting…to revise their curriculum and pedagogy to see what they teach and deliver to students to meet societal requirements. So the focus is on employability and entrepreneurship.

“Second is you need a capable and competent faculty to deliver that content. And I think the content is developed for the benefit of the teachers. And the third point is how do you leverage technology to see that you are able to deliver it at the least cost. We will hear many examples in these sessions,” he added.