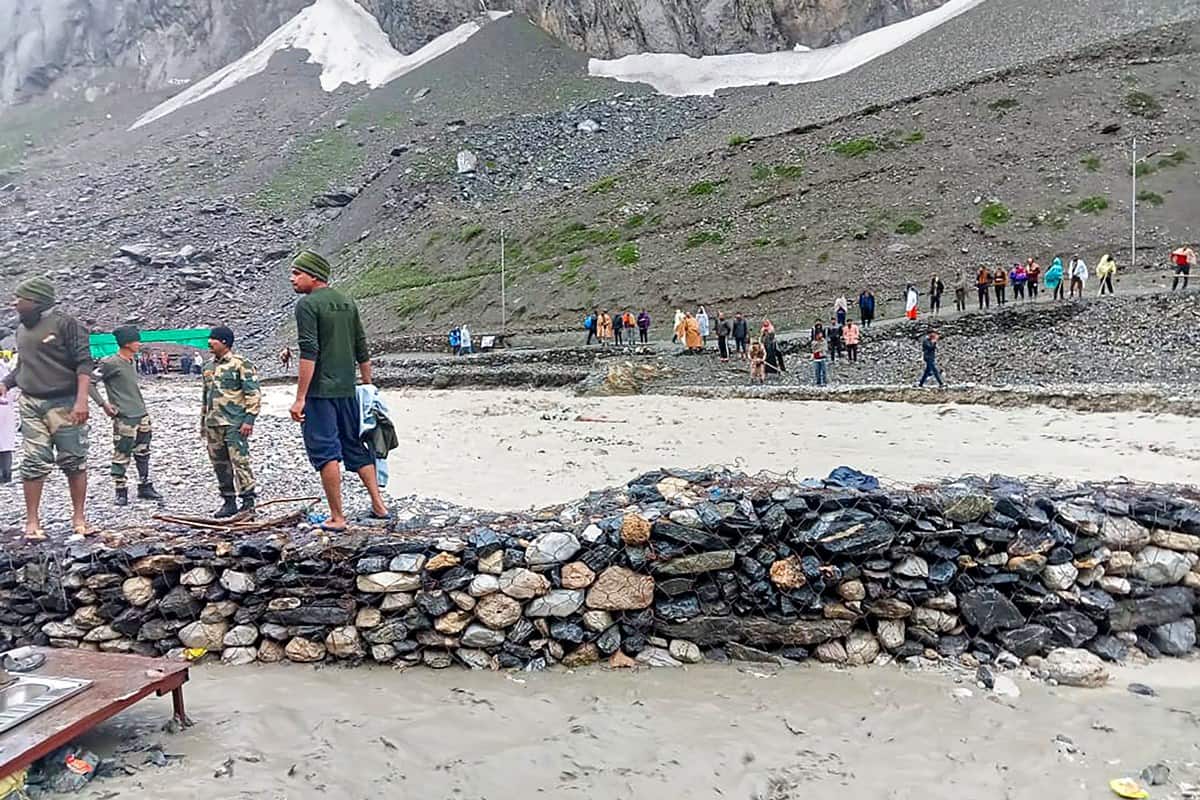 At least five persons were killed in a cloudburst near the holy cave shrine of Amarnath in south Kashmir Himalayas Friday evening, damaging 25 tents and three community kitchens, officials said.

The cloudburst struck around 5.30 pm amid heavy rainfall, they said.

The gushing waters hit the base camp outside the shrine, damaging 25 tents and three community kitchens where the pilgrims are served food, they said.

Five persons — three women and two men — were killed in the incident even as police, army and ITBP personnel launched a rescue operation, the officials said.