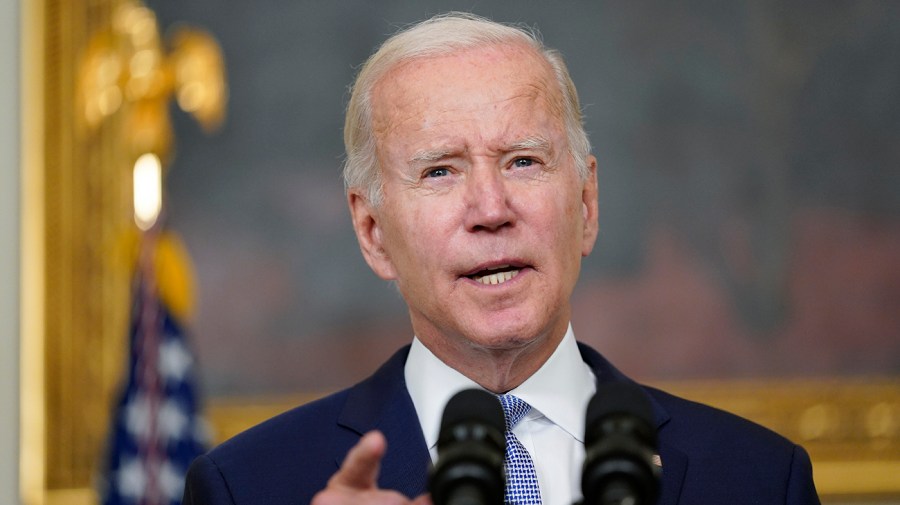 (NewsNation) — President Joe Biden is canceling some student debt for millions of Americans, delivering at least partially on a campaign promise and hoping to energize younger, college-educated voters ahead of the November midterm elections.

Biden’s plan calls for thousands of dollars in loan cancellations for those who earn less than $125,000 a year. For those who went to college on Pell Grants, $20,000 will be forgiven. Those who did not receive that grant will see $10,000 in debt forgiveness.

People with undergraduate loans can cap their repayment at 5% of their monthly income.

The move will be the largest forgiveness for individual student debt ever.

In addition, the student loan payment pause is being extended one final time, Biden said on Twitter, to Dec. 31, 2022.

The decision to provide debt relief comes after pressure from Democrats and activists to forgive even more in loans. Sens. Elizabeth Warren and Bernie Sanders both proposed debt cancellations of $50,000 or more during the 2020 presidential campaign.

While Biden was initially skeptical, he came to support debt relief during his campaign for presidency, though his initial proposal had no mention of the income caps. He’s since narrowed that campaign promise as record-high inflation continues to be a drag on his approval ratings.

Republicans have criticized loan cancellations as unfair and likely to lead to more inflation. A group of lawmakers this month proposed legislation that would overhaul the federal student loan system, calling their plan an alternative to Biden’s “blanket loan scheme.”

“It will make rising costs worse, rather than address the costs of colleges,” said Rep. Kevin Brady, R-Texas.

The administration has already canceled $32 billion in loans for more than 1.6 million borrowers. Previous cancellations were given to students who were defrauded by private colleges like ITT Technical Institute and DeVry University.

Student loan payments have also been on pause since March 2020 at the beginning of the COVID-19 pandemic. The moratorium has been extended several times and was set to expire on Aug. 31.

The Associated Press contributed to this report.