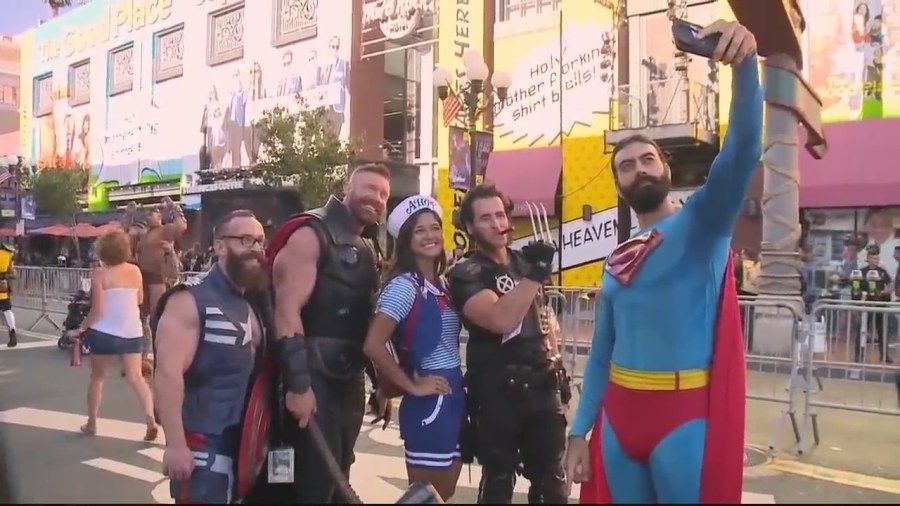 SAN DIEGO — The sold-out Comic-Con event at the San Diego Convention Center is expected to bring more than 100,000 people to the area, along with a large economic impact.

“We’re extremely excited to welcome back Comic-Con this year in 2019. The event brought more than 135,000 attendees and had a regional impact of about $150 million,” Julie Coker, President and CEO of San Diego Tourism Authority said. “Comic-Con has always been the highest demand week of our year, and therefore it traditionally produces the highest average daily rate that we see of the year.”

Both events draw thousands of people, which means more businesses for nearby businesses. Brigantine Restaurant in Del Mar has a view of the racetrack and is booked for opening day, and is already taking reservations for race days into August.

“It’s most definitely our biggest time of the year,” Delmar Brigantine Restaurant Manager Todd Fowler said. “We’re getting everything together and making sure that we have enough chairs, enough tables, we are fully stocked.”

Coker said so far hotel bookings are not quite at 2019 levels yet, but hopes they will be by the weekend.

Businesses in the Gaslamp District are preparing for Comic-Con and the influx of people the event brings as well.

“We start preparing for Comic-Con, I would say in beginning in June. We get everything ordered and get the staff ready. It’s a three or four day-event that Gaslamp is cluttered with 150,00 people, so it definitely takes a lot of preparation,” Greystone Steakhouse Director of Marketing Sara Arjmand said.

Comic Con is requiring masks for everyone in attendance, as well as either proof of vaccination or a negative COVID test taken within 72 hours.