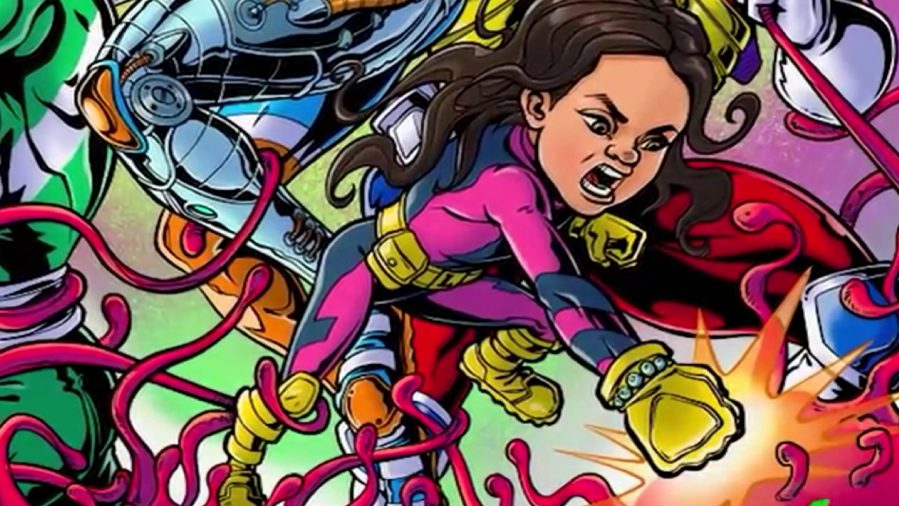 CARLSBAD, Calif. — Soon downtown San Diego will be overrun with superheroes in costumes when Comic-Con returns Thursday. But not all heroes wear capes: some wear lab coats and work in hospitals and research facilities.

Shawn Mahoney wanted to brand the group of real-life doctors and medical researchers helping to save the life of his daughter who is fighting cancer in a comic book named the “Cancer Revengers.”

“I wanted her to actually be actively hitting one of these brain cancer cells,” professional comic book artist Neil Garvin said. “I wanted to capture her spirit, kind of give her a voice through the action that she was really fighting back.”

Since FOX 5 last visited Layla in the fall, she’s had three brain surgeries, three rounds of chemotherapy and 33 rounds of proton radiation, only to get the news of multiple areas of the brain that have tumors.


Comic-Con guide: Everything you need to know

“Layla does not know that and we are not telling her that,” Mahoney said.

Only 4% of federal funding is devoted specifically to pediatric cancer, and the Cancer Revengers see the artwork as a way to draw attention.

“We love to just keep rolling with it because it is cool concept, the doctors loved it, so it’d be cool to see where it goes from here, especially if you can really raise awareness,” Garvin said.

Recruiting pediatric patients for research is equally scarce, something Mahoney is now championing and the response has been swift. There are around 40 parents waiting for orders on where to send their kids’ brain tissues so that they can be studied in mass, according to Mahoney.

“I plan to win, and that’s a father’s love, that’s what it is,” Mahoney said.

If you would like to help Mahoney and his family with the skyrocketing costs of treatment and travel for Layla, here’s the GoFundMe link. Give and get behind the Dana-Farber Cancer Institute and leading oncologist of the cancer revengers Dr. Filbin. Plus, learn more about the artwork of Neal Garvin.