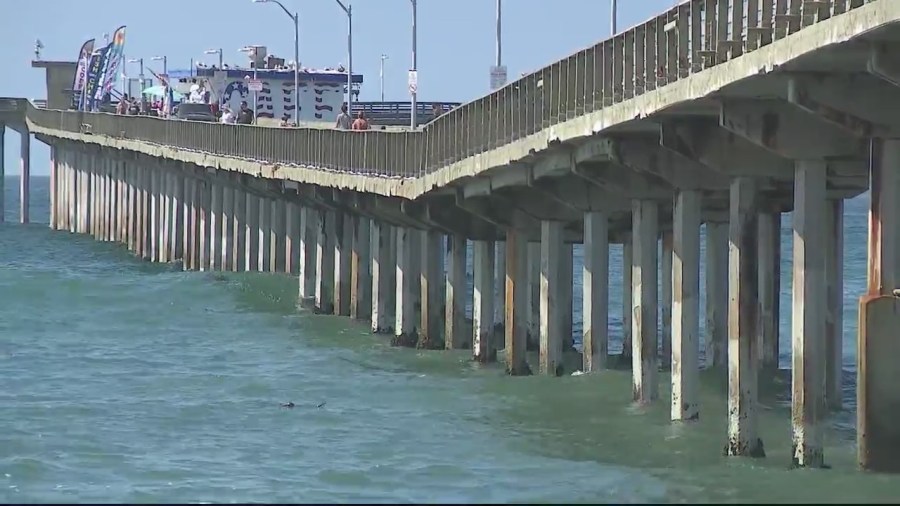 SAN DIEGO — The City of San Diego is moving forward with replacing the Ocean Beach Pier, after reports show it has exceeded its life expectancy.

“This is a really good start to get our plan out to replace it,” District 2 Councilmember Jennifer Campbell said.
Campbell says city engineers and consultants say the pier needs to be replaced – repairs are no longer the answer to keep the pier for the next generations.

“It gets so much more expensive every time it gets damaged, that you know at some point we can’t repair it anymore,” said Denny Knox, executive director for Ocean Beach Mainstreet Association.

Knox is one of the community members who has been advocating for a new pier since major damage happened to the pier in a series of storms in 2019 and 2021.

“The two pilings that are on the other side of the pier café are the most damaged,” Knox said.

Knox says the city needs to do something about the pier before it is unusable.

“I think all of them have some damage, but those two are the shakiest ones, and that is what they had to replace the last time,” Knox said.

Campbell says reports show the extensive damage the pier actually has is underneath the water.

“It’s amazing how damage has been done over the years by the salt water and the motion of the water back and forth constantly,” Campbell said.

Moffatt & Nichol will start evaluating the pier this year and expects to have construction begin on the new pier by 2026 – the cost ranging $40-$60 million with a life expectancy of 50 to 75 years.

The funding for the new pier is still in question, but Knox says the OB Mainstreet Association will help fundraise for the community to have a new pier.

“I mean it’s like freedom. It’s great to be over the water, I mean where else do you do that,” Knox said.