With the adoption of advanced driver assistance systems (ADAS) that is increasingly common among car manufacturers, each will tend to have their own names for a given system, which can confusion among users. For instance, Honda has its collision mitigation braking system (CMBS), Perodua has Pre-Collision Braking, Kia has Forward Collision-Avoidance Assist – these are the carmakers’ own names for automatic emergency braking (AEB).

To that end, six organisations dedicated to consumer safety and education have collectively called for change toawrds a more unified naming convention for these systems in order for the end user to better understand what they are and their capabilities.

The American Automobile Association (AAA), Consumer Reports, J.D. Power, National Safety Council, Partners for Automated Vehicle Education (PAVE) and SAE International have collectively called for a standardisation of names for these driver assistance systems, and have developed a list of standardised naming conventions for ADAS technologies “which are simple, specific, and based on system functionality,” the joint statement read. 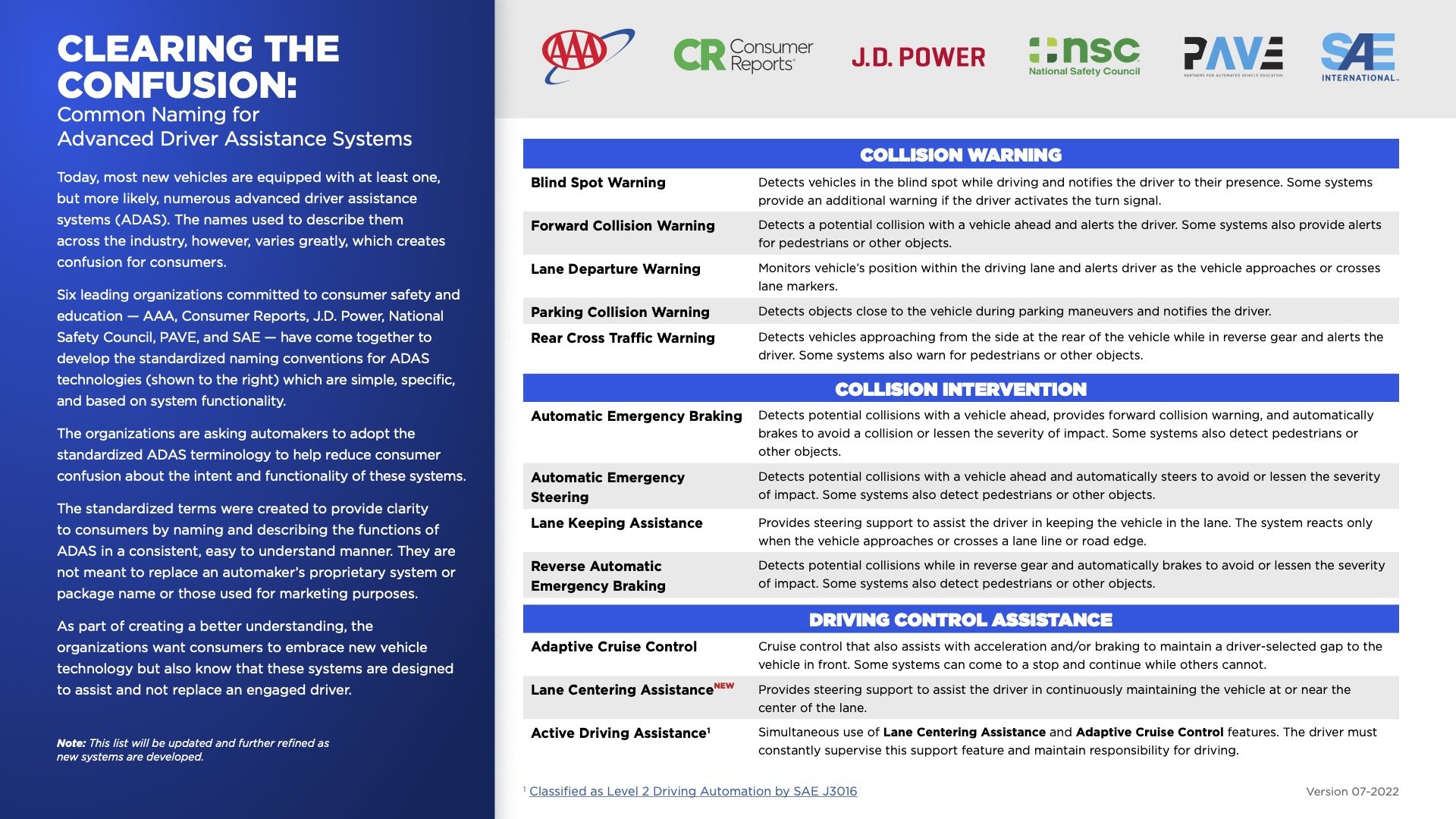 “The standardised terms were created to provide clarity to consumers by naming and describing the functions of ADAS in a consistent, easy to understand manner,” the statement read, adding that the new, standardised terms are not intended to replace a carmaker’s proprietary system or package name, or those used for marketing purposes.

The statement also emphasises that the organisations listed in the joint statement want consumers to embrace new vehicle technology, but at the same time be aware that “these systems are designed to assist and not replace an engaged driver,” it said.

A more uniform naming convention would surely help users better identify a system’s capabilities, wouldn’t it? What do you think, dear readers – have your say in the comments section.