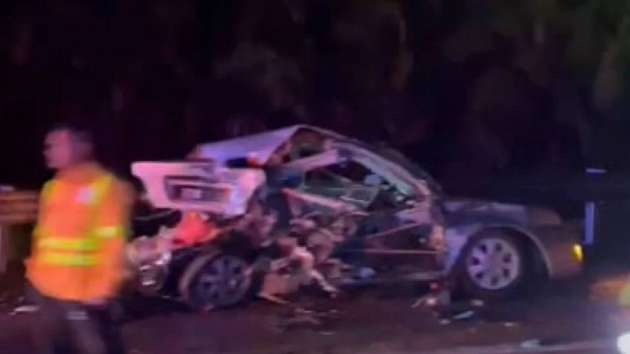 Another case of stationary cars being rammed by a heavy vehicle, this time with fatalities. Four people were killed when a container truck skidded and crashed into a towing vehicle that was in the midst of lifting a stalled Proton Exora on the roadside at Km 135.7 of the East Coast highway (LPT) in the direction towards Kuantan.

The accident, which happened on Saturday, saw the Exora being plunged into a 13 metre-deep ravine on the side of the highway from the force of the impact. A Proton Waja, which stopped at the scene, was also damaged in the collision. Two elderly people and a teenage boy in the MPV, as well as a LPT worker operating the tow truck, died on the scene, Berita Harian reported.

It is not known what caused the trailer lorry to crash into the three other vehicles, but the incident is just another in a list of such occurrences that have taken place in recent times. Earlier this month, 11 vehicles were damaged when a trailer lorry crashed into them at a traffic light intersection in Shah Alam. 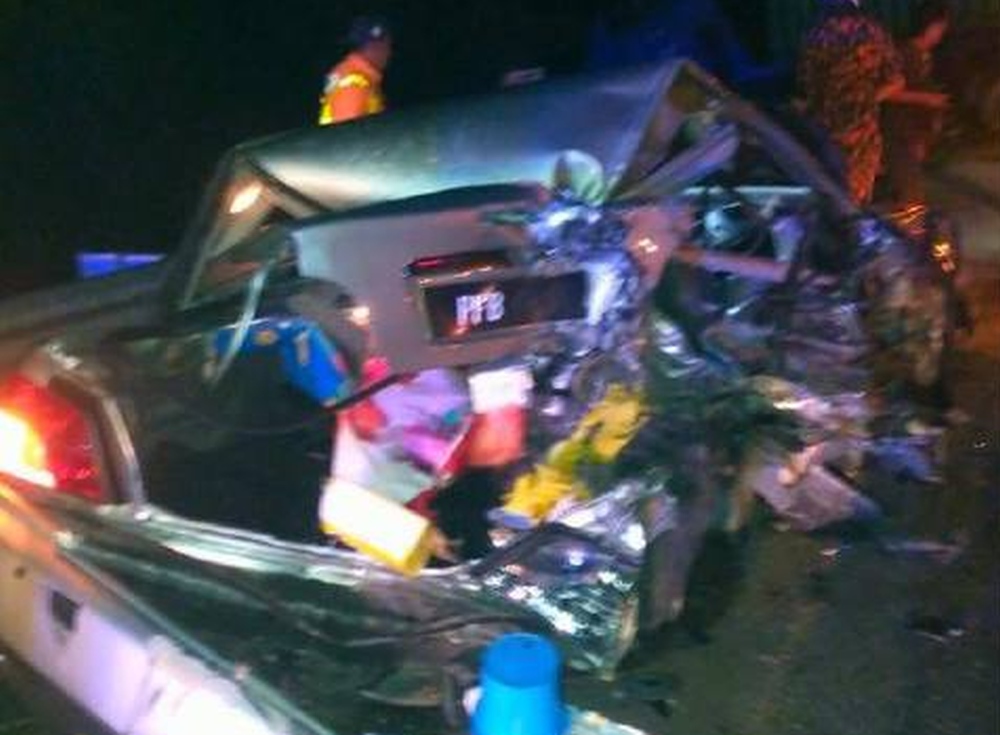 In July, a lorry ploughed into queuing vehicles at the Causeway, Singapore-bound. The same month, there was an accident on the PLUS highway where a cement lorry crashed into some cars and skipped into the opposite direction. Back in April, a lorry with faulty brakes ploughed through five cars at the Menora tunnel stretch on the North-South Expressway (NSE).

In this most recent case, was it human error, or malfunctioning equipment on a vehicle, that caused the mishap? Whatever the case may be, four people have needlessly lost their lives, and the question must be, how many more will suffer the same fate if proactive steps to ensure change aren’t taken?

The rules and regulations governing commercial vehicles, involving mandatory inspection, maintenance and the enforcement aspects, are all in place, but determining why lorry accidents continue to occur remains elusive. What do you think needs to be done to effect change? Share your thoughts with us in the comments section.