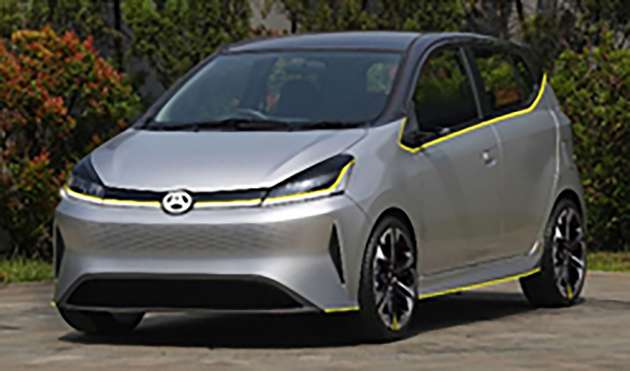 Astra Daihatsu Motor has unveiled the Daihatsu Ayla EV Concept at the Gaikindo Indonesia International Auto Show (GIIAS) 2022 at BSD City just outside of Jakarta. Yup, this showcar’s concept is as straightforward as its name – this is a battery-powered version of the Daihatsu Ayla, which is of course the Indonesian sister to our Perodua Axia.

Built by ADM at its R&D centre in Indonesia, the Ayla EV Concept swaps out the regular Low Cost Green Car’s 1.2 litre 3NR-VE four-cylinder engine and gearbox (Ayla is available with 5MT or 4AT), fuel tank and spare tyre for an electric powertrain. The latter is a combo of a 60 kW (80 hp) electric motor and a 32 kWh EV battery. No further details are given.

To give you a benchmark, the MINI Cooper SE – the EV with the shortest range currently on sale in Malaysia – has a 28.9 kWh battery that delivers a claimed range of up to 232 km, although real-world range is below 200 km. The Ayla EV is sure to be lighter, and it has a much less powerful motor too. 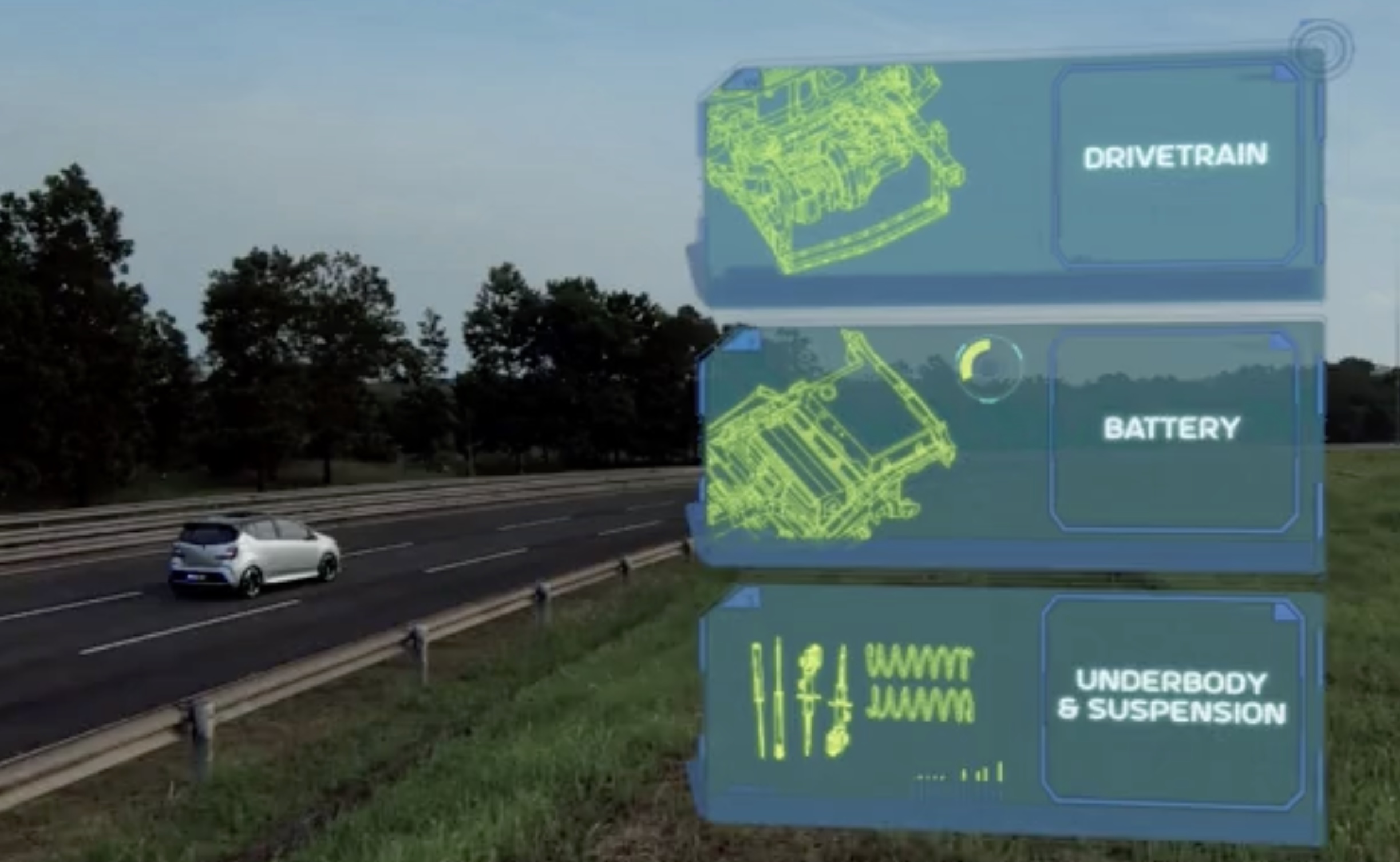 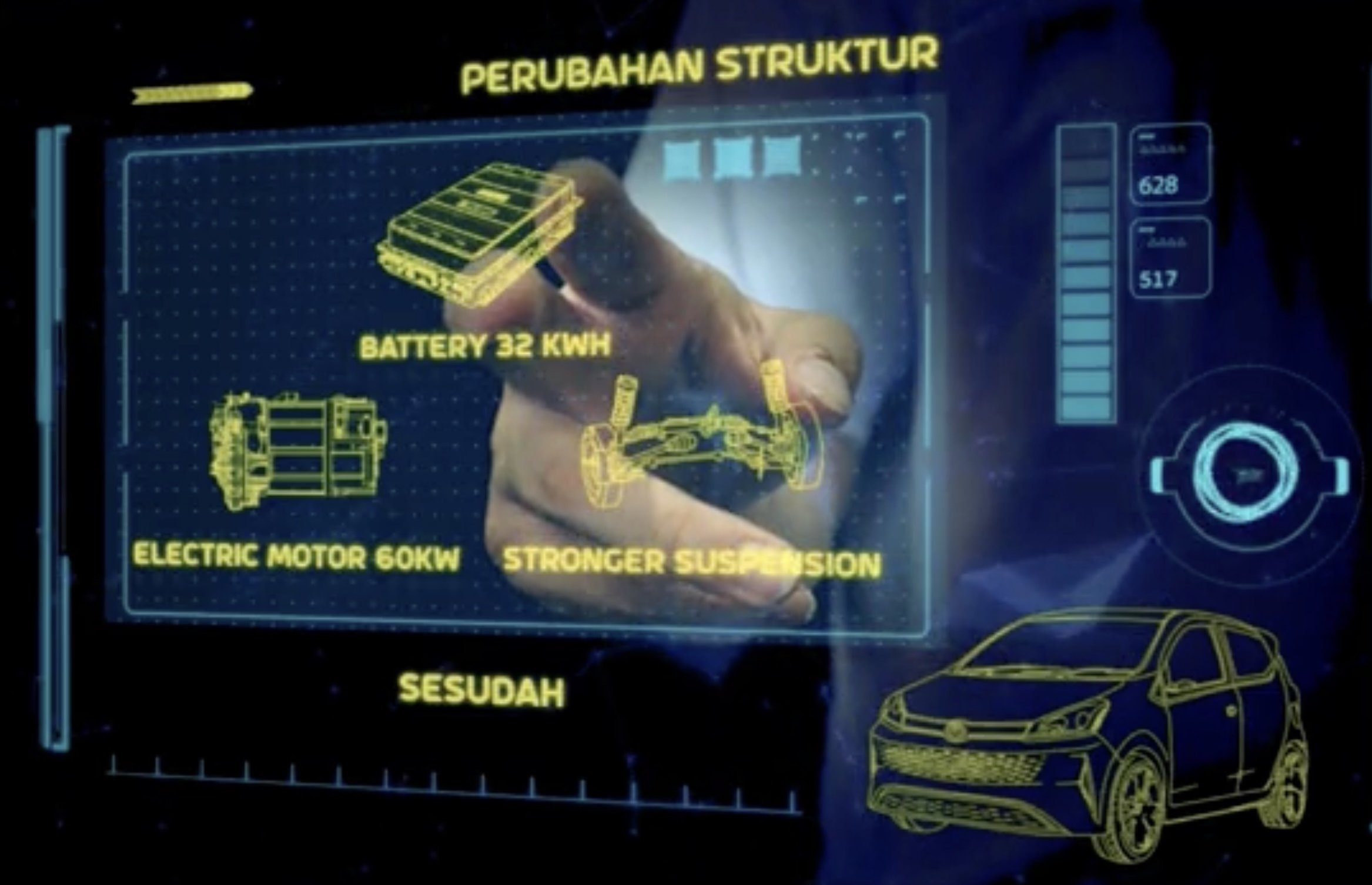 Daihatsu says that it also fitted the Ayla EV Concept with stronger suspension. This is likely due to the electric version weighing a fair bit more than the original ICE car, as EVs always do. ADM also worked on the car’s underbody. They didn’t elaborate, but perhaps it’s a smooth, fully-covered underbody for safety and aerodynamics.

Looks wise, the familiar Ayla/Axia shape is apparent on this silver-black showcar, but with a closed-off front end typical of EVs, as they don’t need so much cooling. We also see LED light bars that go all the way to the logo (Mk8 VW Golf-style), camera-style wing mirrors (screens inside show live feed), a digital meter panel and twin-bar LED tail lamps. Aero two-tone wheels, too.

Is an Ayla EV or Perodua Axia EV just around the corner? Most possibly not, as this is merely a simple concept for now, with the ICE bits thrown out for an electric powertrain. However, it’s a sign of intent from Daihatsu-Perodua, proving that EVs are indeed in their long-term plans for our region. “By exhibiting these vehicles, Daihatsu will convey its approach of promoting the sustainable spread of practical electrified vehicles to visitors. It will also communicate its corporate commitment to contributing to the realisation of carbon neutrality in Indonesia,” Daihatsu said.

As we’ve seen with the just-revealed Toyota Vios and the Perodua Ativa/Daihatsu Rocky (click on the links to see the early Daihatsu concepts), GIIAS concept cars could very well morph into future production models. An affordable Perodua Axia EV for the masses – what do you think?