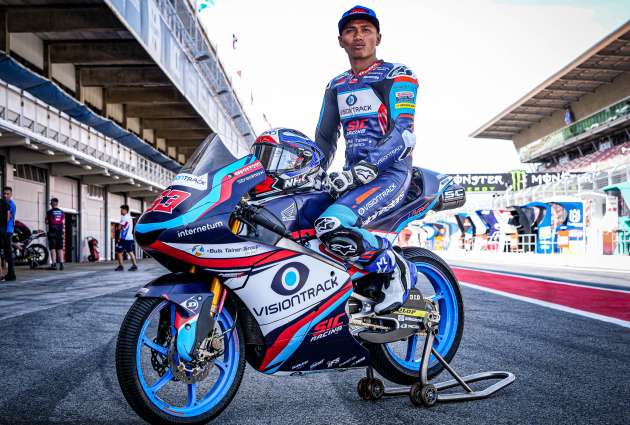 After some speculation earlier this year, Malaysian racer Syarifuddin Azman of Sepang International Circuit (SIC) Racing Team is confirmed as a wildcard entry for the 2022 Petronas Grand Prix of Malaysia. Damok, as he is popularly known, will be racing in the Moto3 category this October 21 to 23, astride a Honda NSF250R.

Probably the most competitive racing category in the world, with only one second separating first and 20th place, Damok has previously raced as a wildcard with UK-based VisionTrack Racing Team this season. This includes competing in Jerez and Catalunya, Spain, and in Portimao, Portugal.

With the confirmation by SIC Racing Team of Damok’s appearance in front of Malaysian fans this October, this will be the Selangor-born racer’s fourth Moto3 race in 2022. Damok currently competes in the 2022 FIM World Junior GP championship, seen as a stepping stone to Moto3, and stands second in the riders’ championship.