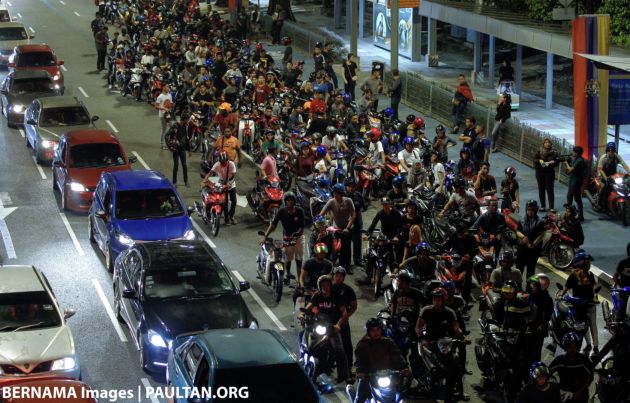 The former KL police chief warned of past failed attempts to legalise said illegal racing as it came with unintended consequences. “When I suggested that mat rempit be allowed to race in a proper circuit back in the 1980s, the idea was to make the activity safe.

“Little did we know back then, that right after the (legal) race, these mat rempit would go straight out and continue to race illegally on the streets. We thought that by allowing them to do it on track, the problem would be solved but it didn’t stop them,” Dell said, adding that the government must study the issue in-depth this time.

This is a revisiting of a similar subject, one that had also surfaced in 2016 when Dell stated his opinion that the permitting of street racing in Kuala Lumpur may result in a rise in gambling. In the past, the former KL police chief was responsible for hauling up illegal racers in the 1980s before allowing them to race on the Shah Alam circuit at the time.

More recently, Malaysian prime minister Datuk Seri Ismail Sabri Yaakob mooted a plan to build a drag racing circuit in every state in Malaysia, which was revealed earlier this month.