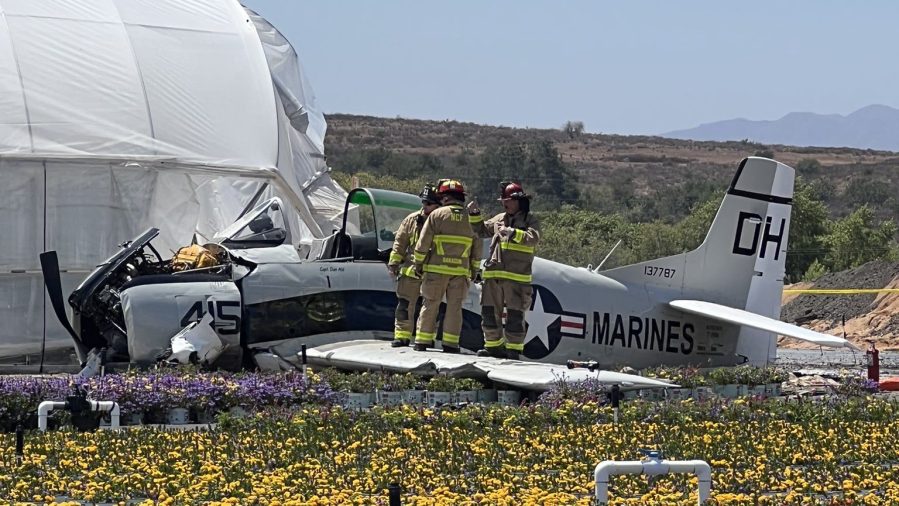 FALLBROOK, Calif. — The sole passenger aboard a small plane that crashed Saturday in North County was identified as the person killed, medical officials said.

Howard Henry Rose, 77, of Chino, was announced as the deceased victim in the crash that also injured another person, the San Diego County Medical Examiner’s Office stated on its website Tuesday.

According to authorities, the crash happened at Altman Plant Nursery in the 2500 block of Olive Hill Road, just outside of Fallbrook Airpark.


Is ‘brake checking’ a tailgater legal in California?

On Saturday afternoon, a vintage, single-engine plane took off from the Fallbrook Airpark, ascending to approximately 50 feet in elevation, before its engine stalled, the county medical examiner said. The plane started to descend to the nursery property next to the airport, where it skipped on the ground numerous times prior to crossing a berm and coming to a stop next to a greenhouse.

That’s when a witness called 911 and helped the pilot from the plane’s cockpit, per medical officials. Deputies were able to get in contact with the pilot but Rose was still in the plane “pulseless and not breathing.”

Firefighters were able to remove Rose from the cockpit, the county’s medical staff said. He was pronounced dead due to blunt force injuries.