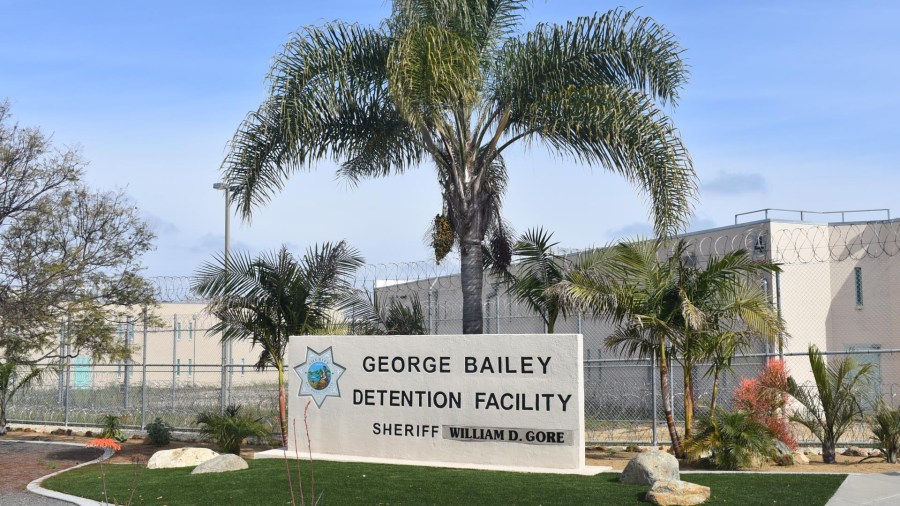 SAN DIEGO — A man died after sheriff’s deputies found him “in medical distress” in his cell at a San Diego jail this week, authorities said.

The deputies called 911 and gave the man medical aid in his cell while they waited for help to arrive. Paramedics eventually took over, but officials were unable to save the man’s life, officials said.

The man was alone in his cell at the time of the medical episode, which the sheriff’s department did not describe in any further detail.

Officials also did not share the man’s name or why he was initially incarcerated. Typically, that information is released at a later date, after authorities notify the person’s family.

“As a matter of practice, the Sheriff’s Homicide Unit investigates all deaths of persons in custody at the time of their passing,” authorities said. More information about that investigation was not provided.

The Medical Examiner’s Office is expected to perform an autopsy Thursday. The county’s Citizens’ Law Enforcement Review Board will also look into the case.

While little is yet known about Tuesday’s death, it comes at a time of heightened scrutiny for local jails.

A scathing state audit earlier this year put a spotlight on the system’s unusually high rate of deaths over recent years. The deaths are the subject of an ongoing lawsuit and a key focus in the race to become the region’s next sheriff.

Deputies are beginning to wear body cameras at the seven local detention facilities run by the sheriff’s department, among other changes officials say the agency is taking to increase safety and accountability.