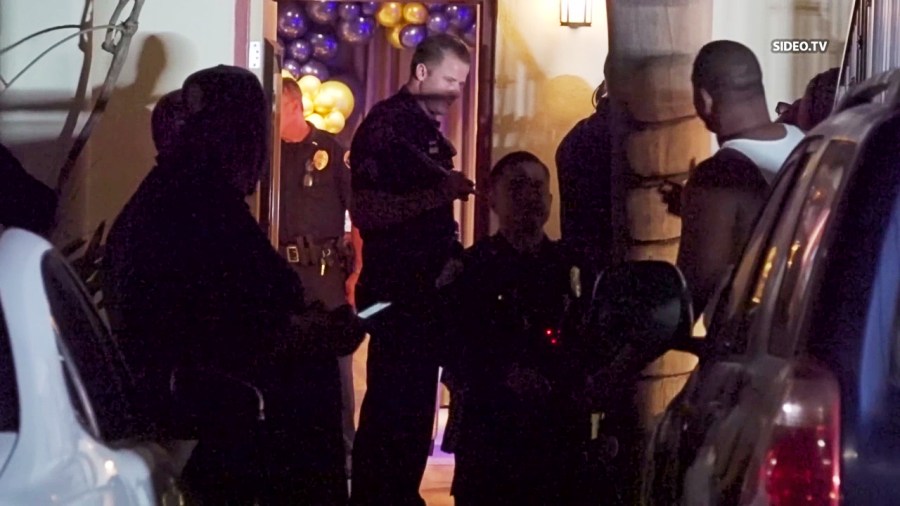 SAN DIEGO — Someone pulled up in an SUV and shot a man in the parking lot of a San Diego resort early Sunday morning, police said.

The shooting happened shortly after midnight as a group of people walked through the parking lot at Bahia Resort Hotel in Mission Beach, according to a San Diego police news release. A black SUV that had been “driving in circles through the lot” stopped alongside the group. Someone inside the vehicle opened fire, hitting a 41-year-old man before the SUV sped off.

The man was seriously wounded and rushed to the hospital by someone from the group, police said.

Video from 619 News Media shows officers arriving and sorting through the scene, interviewing a large group of people outside the resort. It appeared the group was gathered at a room in the hotel before the shooting, but police did not confirm if the victim was a guest at the resort or whether the shooting stemmed from a party there.

The Mission Beach shooting was one of four that happened over the course of a few hours in San Diego late Saturday and early the next morning.

In Pacific Beach, friends rushed three victims to the hospital after they were shot in an alleyway near Crown Point Park. In Otay Mesa, a man was shot on a street near Montgomery Middle School. And in City Heights, a man showed up at a gas station with multiple gunshot wounds.

Police did not have detailed descriptions of the shooters or much information about what led up to each attack as of Sunday morning.