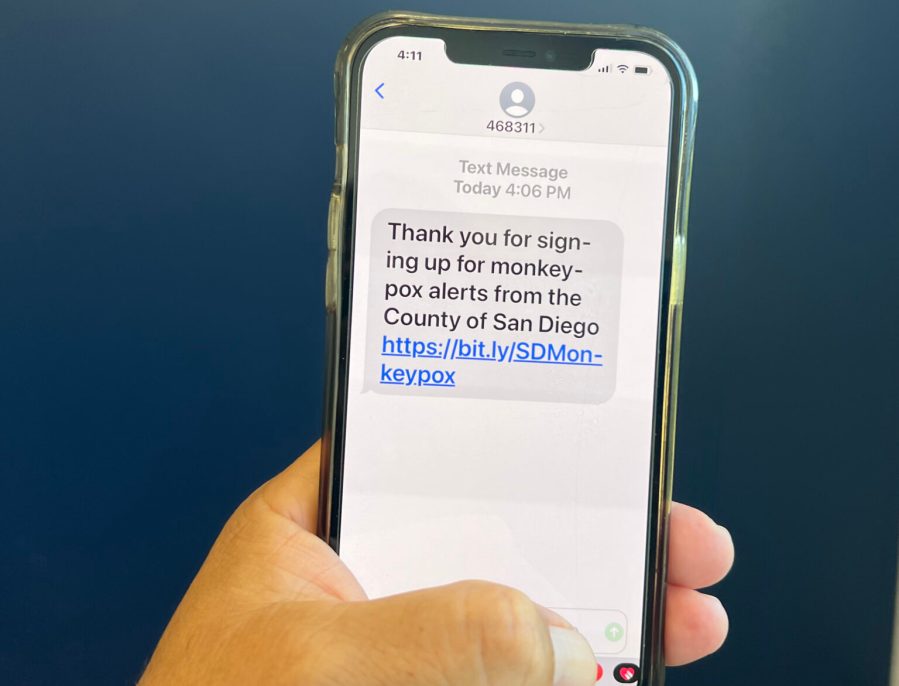 Users who sign up for updates will receive real-time information from county health officials, the county said in a news release. They established the system as monkeypox is challenging health leaders in dozens of countries, prompting the World Health Organization to declare a global emergency this past week.

The county recently ramped up its response as infections are being detected nationwide. To date, the U.S. has seen more than 4,600 cases with the county tallying 20 confirmed and probable cases of the virus.


Ex-San Diego attorney speaks out ahead of Chargers lawsuit hearing

Officials are attempting to leverage public health messaging as well as getting limited vaccine supplies to vulnerable communities. About 2,200 doses of the vaccine have been made available by the county thus far, including a batch of 800 appointments that were quickly filled this week.

“It’s going to be a while before that changes,” Kaiser said.

Monkeypox is a rare disease that most commonly spreads from person to person through exposure to someone who has it, according to the U.S. Centers for Disease Control and Prevention. The agency notes that it can spread through direct contact, respiratory secretions, touching items that previously touched an infectious rash or body fluids and in pregnant people through the placenta.

Those with monkeypox typically have it for up to four weeks with symptoms including fever, headaches, muscle aches, swollen lymph nodes, exhaustion, chills and rashes, the CDC’s website shows.

Kaiser said that the virus primarily is spreading in “gay and bisexual men who have more than one sexual partner or attend sex parties,” but also can be spread to anyone. He notes officials are attempting to balance data-driven policy decisions with the need to tamp down discrimination and stigma.

“We want to make sure that we’re not stigmatizing any population,” he said Thursday. “We also want them to be appropriately vigilant.”

To sign up for the county’s monkeypox updates, people can text COSD MONKEYPOX to 468-311.

More information on the spread of monkeypox is available by clicking or tapping here.