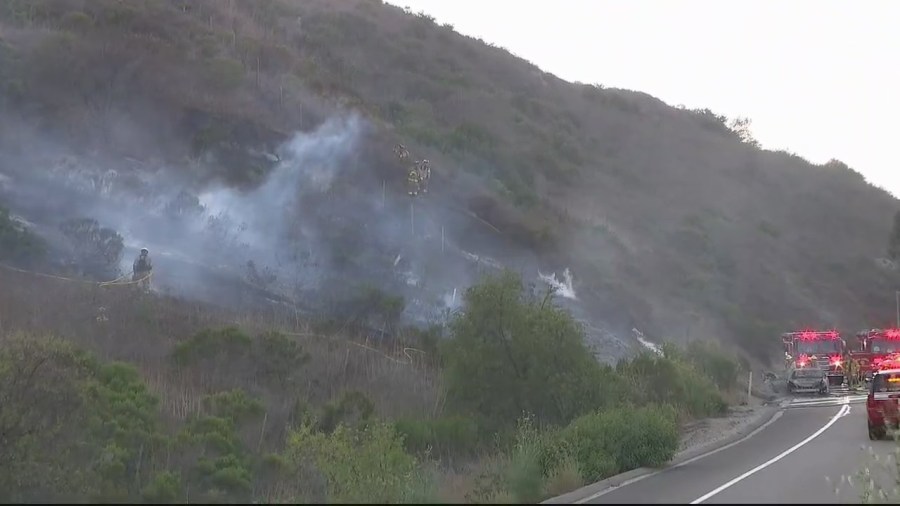 The fire, which started as a car fire and spread to brush, was located at La Jolla Parkway and southbound Interstate 5, according to San Diego Fire-Rescue Department. SDFD firefighters were able to halt the fire at half an acre.


6 hurt, including 2 children, in Miramar crash

As of 6:36 p.m., the eastbound La Jolla Pkwy on-ramp to southbound I-5 and eastbound State Route 52 is closed due to the traffic collision and brush fire, per traffic officials.