LASD in pursuit of stolen vehicle in East L.A. 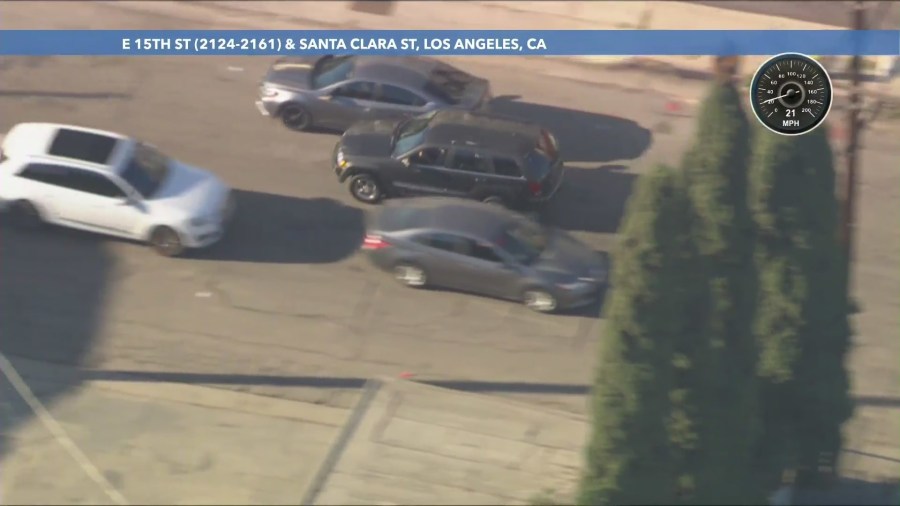 The Los Angeles County Sheriff’s Department pursued a vehicle that was believed to be stolen in Los Angeles Wednesday afternoon.

The pursuit began at low speeds as the driver obeyed traffic laws, stopping at red lights and stop signs with as many as eight Sheriff’s Department vehicles following close behind.

Abruptly, the driver began to act more recklessly, as the dark-colored SUV spent a lot of the roughly one-hour pursuit on surface streets, sometimes driving against traffic and through red lights.

Deputies on the ground eventually dropped back, but a helicopter remained overhead.

Around 5:30 p.m., the driver abandoned the vehicle and took off running on foot, leaving the SUV crashed into a power pole.

It does not appear the suspect has been captured at this time.