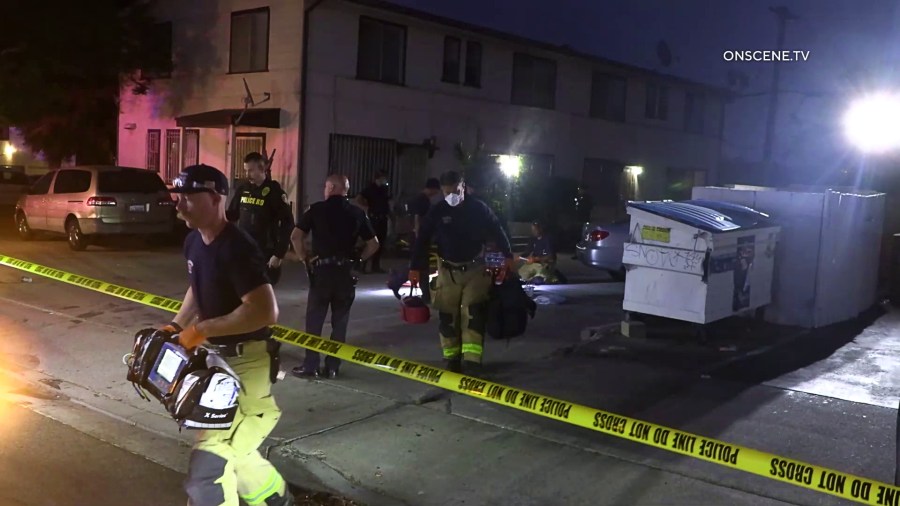 SAN DIEGO — Police found a family member trying to save a man who got shot in the back in Linda Vista early Sunday morning, authorities said, but the man died a short time later.

Officers first got a call about the shooting around 5 a.m., though it’s not clear exactly when the man was wounded, San Diego Police Lt. Steve Shebloski told OnScene TV.

The officers found a loved one trying to care for the man as he lay in a driveway off Ulric Street, near the corner of Burroughs Street. Paramedics arrived to take over, using a machine to give the man CPR, video showed.

The victim, who had a gunshot wound to his upper back, was pronounced dead within a half-hour, Shebloski said. Police have identified the man but are not yet sharing his name publicly. He was 41 years old.

Investigators will look into whether the shooting victim was also the victim of an assault they investigated earlier in the week, Shebloski said. He didn’t share further details and could not confirm the two incidents were related.

The shooting was one of at least three that happened in the city of San Diego overnight. In the Mid-City area, three men got shot outside a party around 10:40 p.m. Saturday, according to police.

And in the College Area, a man got shot at an apartment complex around 2 a.m. Sunday. The extent of his injuries, and what led up to the shooting, remained unclear Sunday morning. A large group of people poured into the street as officers investigated.

Police urged anyone with information about the fatal shooting to call the San Diego Police Homicide Unit at 619-531-2293. On any of the shootings, tipsters can call Crime Stoppers anonymously at 888-580-8477.