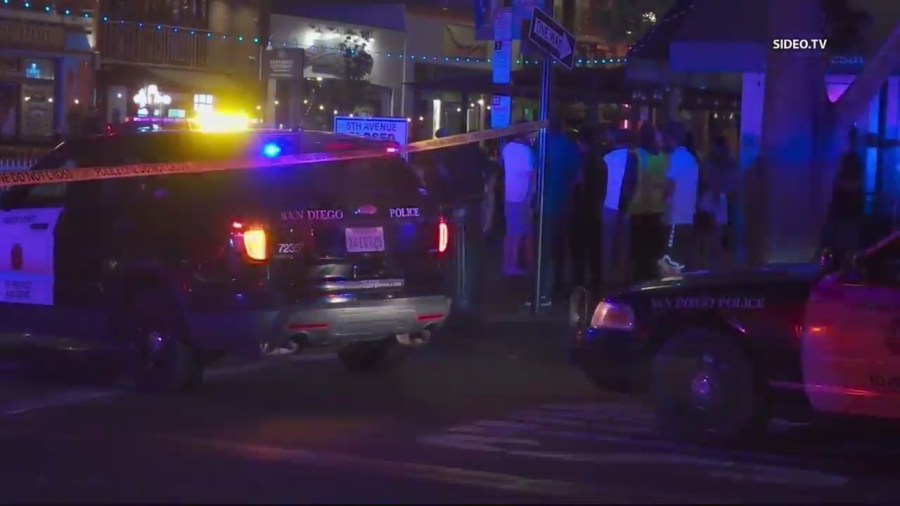 SAN DIEGO — A jury Wednesday found the man who went on a shooting spree in downtown San Diego in April 2021 guilty of all charges and allegations.

Travis Sarreshteh is guilty of shooting and killing one man, and injuring four others in the Gaslamp
District.

Family and survivors of the shooting call the verdict justice for them.

“We are so thrilled of guilty on all the counts in the shooting case,” said Denise Boldin, the victim’s mother.

Justice Boldin was killed when prosecutors say Sarreshteh went on a shooting spree in the Gaslamp
District in April 2021. Sarreshteh shot and killed Justice, who was working as a parking valet at the Pendry Hotel, according to investigators.

Denise says her son enjoyed surfing, golfing, baseball and joking with his three sisters. His mother said he
lived in Mexico for several years, becoming fluent in Spanish. He was killed a week before starting pilot
school.

“He has really, really made my daughters and my life extremely difficult, and much sadder than it had ever been before, and that I just don’t see a reason for it,” Denise said about Sarreshteh.

That same night investigators say Sarreshteh shot and injured four other people on Fifth Avenue — a San
Diego man in his 60s, plus three men travelling from New Jersey for a trip. The shooting happened on their first night into town.


Son arrested in shooting death of woman on beach

Alexander Balis was in that group and got shot in the arm.

“The scary part was I was holding a slice of pizza and it was right by my arm, some people say that pizza might’ve saved my life, thankful for that as well,” Balis said.

Balis made a full recovery physically, but said “mentally there is still some trauma that occurs, because it
was a scary thing that happened…for your life to almost be taken two or three inches away kind of lives
with you.”

Desiree O’Neal, a juror on the trial, said the “decision was not difficult.”

In about two hours, a jury found Sarreshteh guilty of first-degree murder, four counts of attempted murder, assault with a firearm and committing great bodily harm.

“In the beginning I kept an open mind. As the prosecution wrapped up, I was waiting
for the defense, and there really wasn’t anything there. I couldn’t really see how he could’ve done that,” O’Neal said.

Survivors and family say the verdict can help the next step of healing.

“Closure for my daughter and I, all the aunts and uncles, who have been here since day one of this trial,” Denise said.