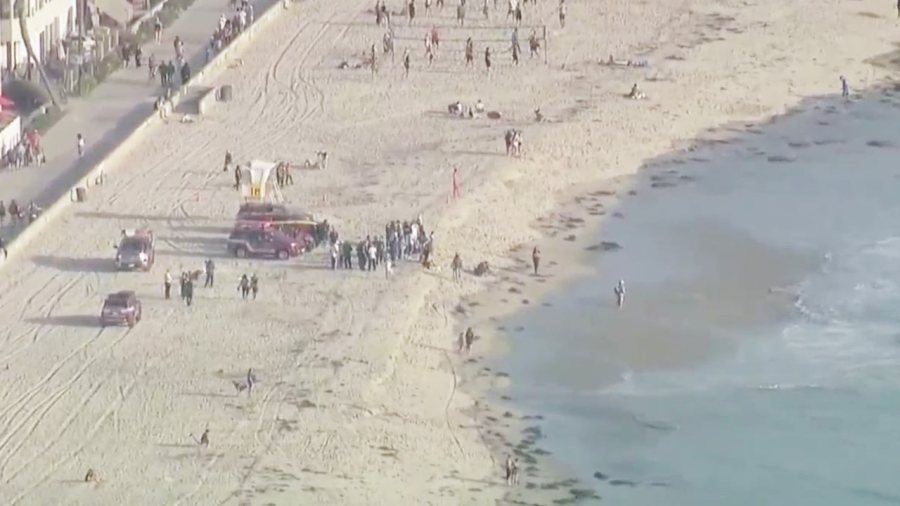 SAN DIEGO — Lifeguards have turned a rescue mission into a recovery effort for an 18-year-old man who got caught in a rip current Tuesday at Mission Beach, first responders said.

The incident happened around 3:30 p.m. when a San Diego Fire-Rescue lifeguard near Jersey Court in Mission Beach spotted a group of swimmers, noticing one of them in distress, according to a press release from SDFD spokesperson Mónica Muñoz. Lifeguards quickly moved to the area to rescue two teens but the 18-year-old went underwater and did not surface.

A recovery effort began after 75 minutes of searching, the fire official confirmed.

“As of 7:30 p.m., a US Coast Guard helicopter, a US Coast Guard cutter and a lifeguard rescue boat are still in the water using side sonar to search,” Muñoz stated. “The recovery effort will continue until the sun goes down Tuesday. Lifeguards will reconvene Wednesday morning.”

The missing man was a part of group of high school students at the beach on their last day of school, according to lifeguards, who added that other rescues were made Tuesday as the surf was bigger.

FOX 5 was at the scene where friends and families were gathered to speak with lifeguards and rescue teams.