Man shot and killed near gas station on University Avenue 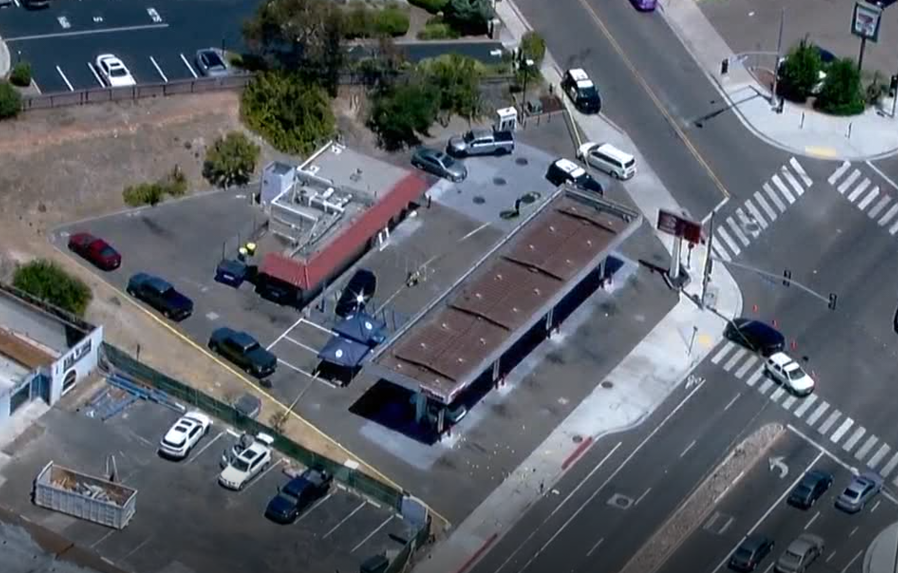 The incident began as a verbal confrontation between two men near a gas station at the intersection of Parks Avenue and University Avenue, said LMPD Lt. Katy Lynch.

The altercation became physical, which led to one of the men shooting the other with a handgun multiple times, Lynch said. Police began receiving reports of gunfire around 9:40 a.m.

The victim was found a short time later with several gunshot wounds. He was transported to a nearby hospital, but he pronounced dead upon arriving at the hospital.

Westbound University Avenue at Parks Avenue is expected to be closed for several hours as police continue their investigation into the shooting, Lynch said.

Police do not know the relationship was between the men, but they do not believe the shooting was a random act of violence.

The victim was confirmed to be a 44-year-old man from La Mesa by police. His name was not released by officials.

The suspected shooter was described as black man in his early-to-mid 30s, last seen wearing a black shirt with blue jeans, Lynch said. He may have been accompanied my a Hispanic woman wearing a white tank top.

Police urged anyone with information regarding the shooting or who was in the area at the time of the incident to call La Mesa Police Department.

The suspect is believed to have fled the scene heading west on University Avenue in a smaller-sized dark colored SUV, according to witness statements.