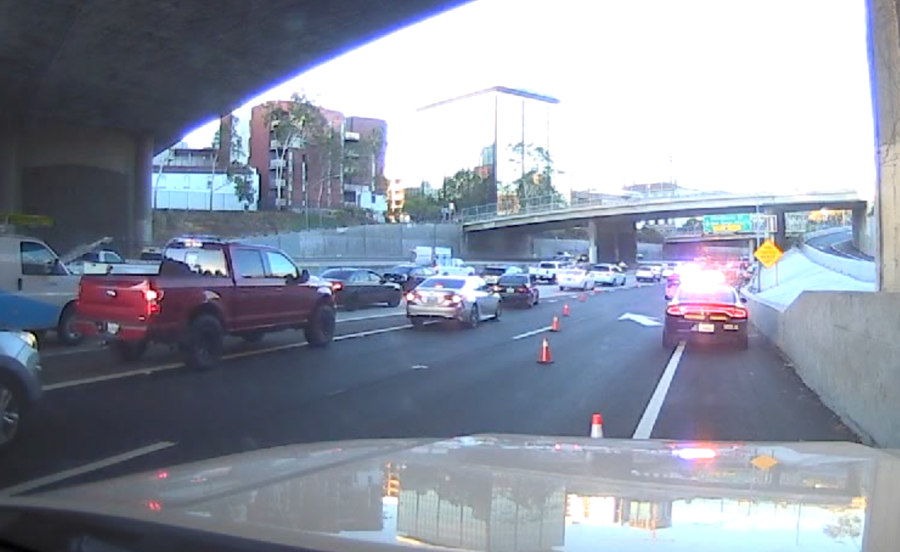 SAN DIEGO — A man who was walking on the freeway near downtown San Diego Thursday died after being hit by a vehicle, California Highway Patrol announced.

The collision happened around 6 a.m. when police say a 23-year-old man who was walking on the northbound lanes of Interstate 5, south of Hawthorn Street, was hit by a 28-year-old man driving a Kia SUV.

The pedestrian was taken to a nearby hospital where he was later pronounced dead, CHP Public Information Officer Jesse Matias said in a news release.

The driver of the Kia remained at the scene of the crash and did not suffer any injuries, Matias said. Police do not believe the driver was under the influence of drugs or alcohol at the time of the crash.

The #4 and #5 lanes of northbound I-5 were closed for about an hour as police investigated the crash. The incident is still under investigation, CHP said.

The identity of the man who was killed has not yet been publicly released, pending notification of family members.