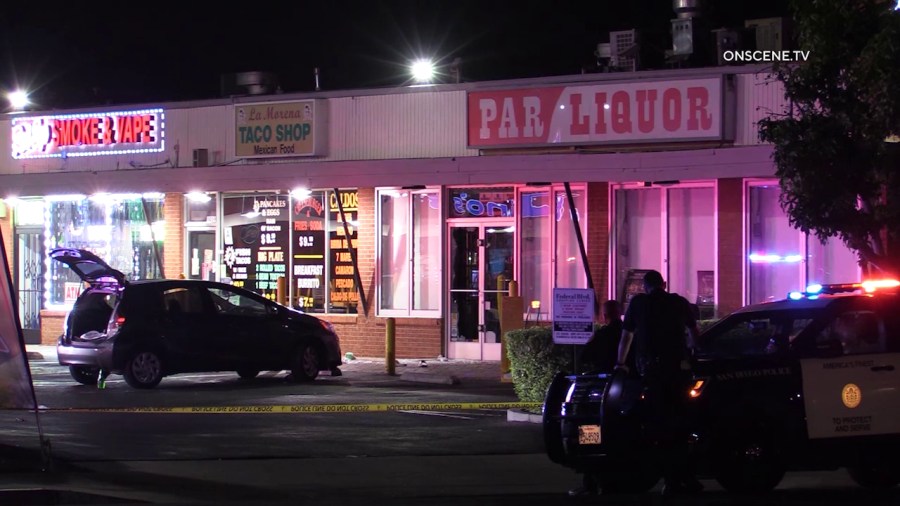 The shooting happened around 1:30 a.m. in the parking lot of a strip mall in the Ridgeview-Webster neighborhood, just north of state Route 94, according to a San Diego police watch commander. The lot is located off Federal Boulevard near Euclid Avenue.

The man suffered serious injuries in the shooting, police said. Paramedics treated him at the scene and then rushed him to the hospital. Authorities did not provide further details about his condition.

Video from OnScene TV showed officers interviewing a group of people standing in the parking lot after the shooting. A door to the store, Par Liquor, was shattered. The store’s security gates were in place behind the glass. According to hours listed online, the shop closes at 2 a.m.

Broken glass, an abandoned hat, sandals and bloody clothes sat on the sidewalk sat near the door.

Officers did not provide a detailed description of the shooter or any information about what led up to the gunfire.

Check back for updates to this developing story.