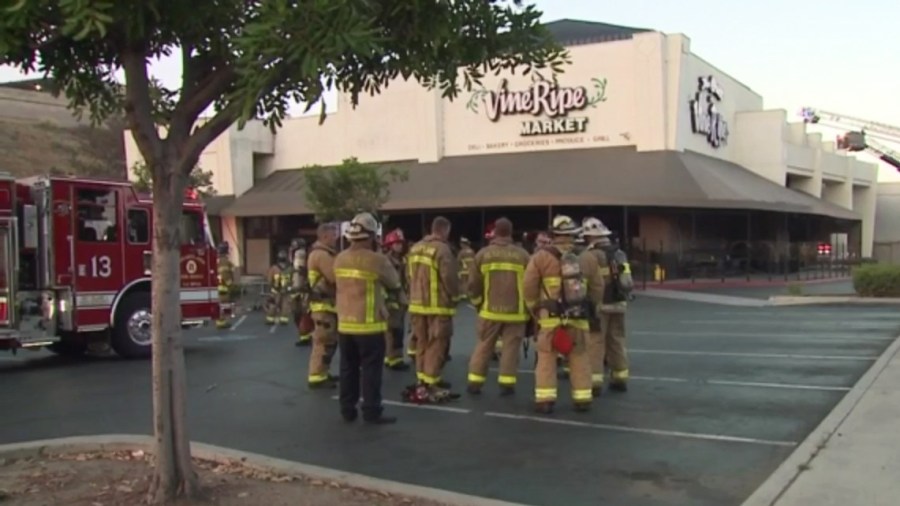 LA MESA, Calif. – A fire broke out Monday at a grocery store in La Mesa, sending clouds of smoke high into the air just north of Interstate 8, officials said.

Shortly after 5:45 a.m., the fire was reported at the Vine Ripe Market located at 8191 Fletcher Parkway, officials said. It is not clear how the fire got started, but crews were seen on SkyFOX video with multiple trucks surrounding the building and firefighters working both on the roof and inside the building to get it under control.

Residents are being asked to avoid the area for the immediate future, La Mesa police said in a tweet. The agency’s officers are assisting Heartland Fire on the incident.

The eastbound lanes of Fletcher Parkway between Marengo Avenue and Jackson Drive are closed for “an unknown duration of time” while crews are in the area.

Further information on the fire was not immediately available.