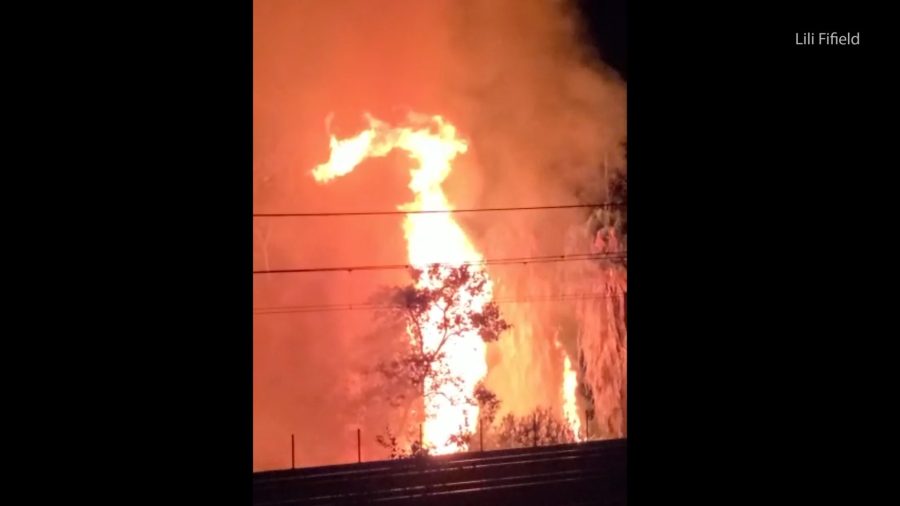 SAN DIEGO – Firefighters are battling a brush fire that broke out early Tuesday near Interstate 5 in the Bay Park area that prompted the closure of a northbound on-ramp, authorities said.

The fire was reported shortly after 4 a.m., burning closest to northbound I-5, a San Diego Fire-Rescue incident fact sheet shows. Fire crews responded to the blaze in about 10 minutes and within an hour, more than 30 personnel were in the area, including four engines, two brush rigs and a helicopter.

Video shared with FOX 5 shows heavy flames burning brush and trees near powerlines in the early portion of the incident. It was not immediately clear how the fire got started.

No evacuations were issued and no injuries or property damage were reported by firefighters.

The northbound I-5 on-ramp at Balboa Avenue was closed down about 4:20 a.m. while crews were in the area, California Highway Patrol said. It is not yet known when it will reopen to travelers.