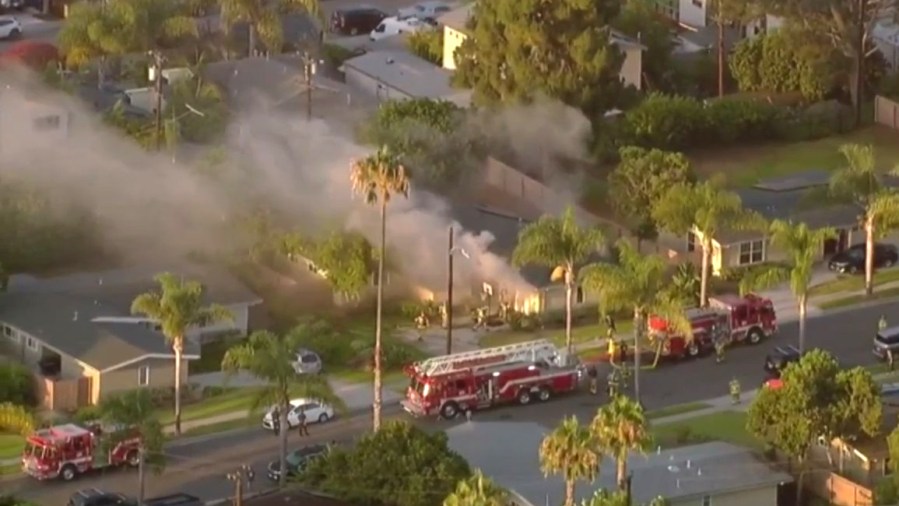 SAN DIEGO – A fire broke out Tuesday morning at a home in Pacific Beach, generating smoke and flames visible from a distance.

Shortly before 6:15 a.m., firefighters were called to respond to the fire at the residence in the 2100 block of Chalcedony Street, west of Interstate 5, a San Diego Fire-Rescue Department incident fact sheet shows.

SkyFOX captured white smoke emanating from the home as firefighters were seen gathering in the home’s driveway and pulling out various items from the garage. In total, 24 personnel were assigned to battle the fire, including four engines, according to the department.

It is not yet known when the fire will be under control and few other details about it were yet available.