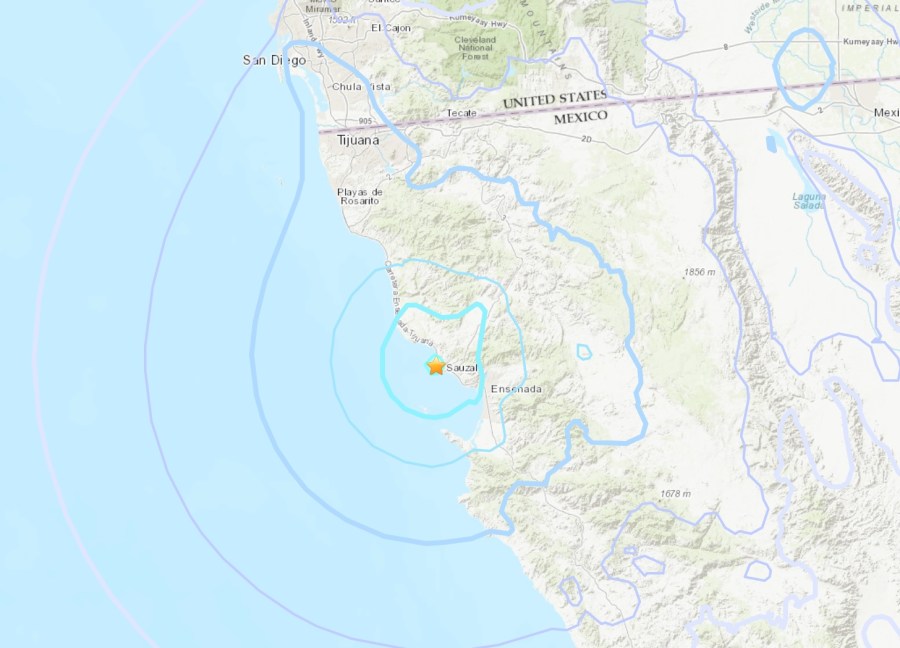 SAN DIEGO – An earthquake with a preliminary magnitude of 4.3 was recorded early Monday in Baja California that was felt in parts of San Diego County, the U.S. Geological Survey reported.

The quake struck just after 4:20 a.m. about five miles west-northwest of El Sauzal, north of Ensenada, according to the agency. It occurred at a depth of about 8.8 miles near the small Mexican municipality.

Some shaking was felt in the U.S. through San Diego and as far north as Oceanside, USGS said.

“Anyone else feel that earthquake in San Diego?” one Twitter user said early Monday, drawing several responses in the affirmative.

“Got jolted awake by an earthquake,” another said. “San Diego said WAKE UP.”

“#Earthquake in San Diego,” another user said. “We are in town for #SDCC2022 staying in the Bayfront and woke up to shaking and rattling.”

No injuries or damage were reported by USGS.