Mosquitoes in San Diego: What to know 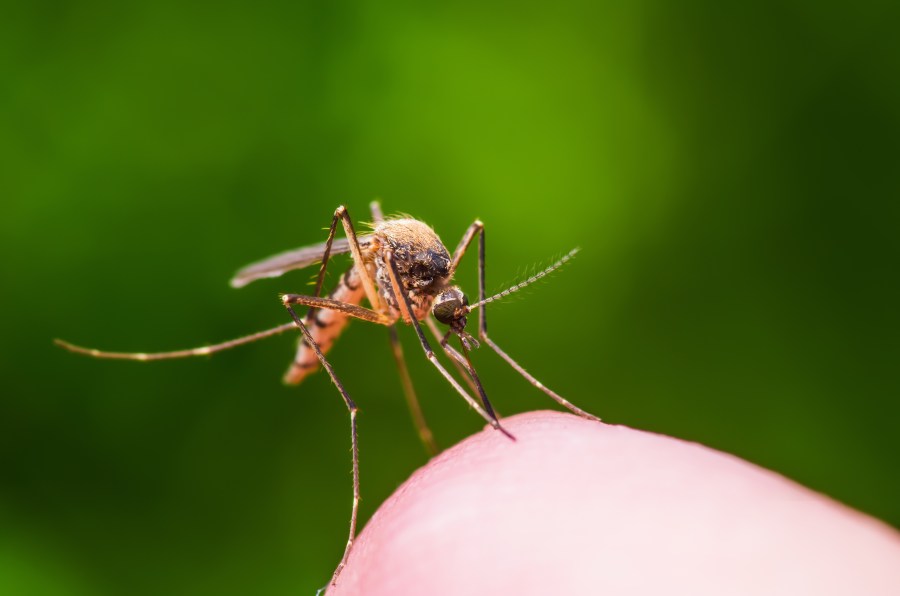 SAN DIEGO — Are you itching an insect bite? Well it’s that time of the year when mosquitoes become more prevalent in the San Diego area.

Nine of the 27 different species of mosquitoes in San Diego County are known to carry diseases that can be passed to humans, according to county environmental officials.

Greg Slawson, a senior vector ecologist with the County of San Diego, spoke with FOX 5 about the heat wave, humidity and rain from earlier this month, and how it’s adding to the mosquito problem already present because of San Diego’s fairly temper climate.

“We can get pretty warm and what also uniquely adds to the mosquito problem is what we call ‘urban drool,’ or when people water their lawns or wash their cars, that water that runs off the property can go down into the gutter and storm drain and ends up in creeks and ultimately into our wetlands, so all these things can add up to the mosquito problem,” he said.

The more mosquitoes there are, the more diseases are likely to spread. Slawson says the main disease the county’s environmental team is concerned about is the West Nile Virus.

“Not all mosquitoes can carry West Nile Virus, so there’s a group of mosquitoes that typically are native mosquitoes or the ones we find in our wetlands, creeks, ponds, lagoons,” Slawson said.


10 endangered species to be aware of in San Diego County

Tropical diseases such as Zika Virus, Chikungunya Virus, Dengue and Yellow Fever are also possible to spread in the county due to the introduction of a non-native mosquito called the “invasive mosquito.”

“Aedes aegypti is the species name or the yellow fever mosquitoes, the common name of that mosquito. And those are the ones that we find in our backyards rather than the pond, creek or wetland down the street,” Slawson said.

Aedes aegypti like to breed in small sources such as the quarter inch of water in your plant saucer on the porch or bird baths, rain in gutters and rain barrels, according to Slawson.

Slawson says the county’s environmental team is working to prevent the breeding of mosquitoes by using a granual product that gets straight into the water and controls the mosquito larvae to help break the cycle.

“We do use a helicopter to treat the larger, the environmentally-sensitive or difficult to walk in on foot, the wetlands mainly, the lagoons, large stands of the the San Diego River is another part of that where it’s just impossible to get in on foot, so we’ll treat that with the helicopter,” he said.

Residents can also play a role in lowering the chances of mosquitoes breeding. Slawson advises “if you see standing water, dump it out.”

“Do an inspection of the yard, go out and look for small containers: the plant saucers, rain barrels, bird baths,” Slawson said. “But even simple things like your coffee mug you left outside or the children’s toys lost in the bushes or just left out on the lawn. A lot of the man-made plastic things, especially children’s toys, can hold little bits of water and these mosquitoes don’t need a lot of water.”