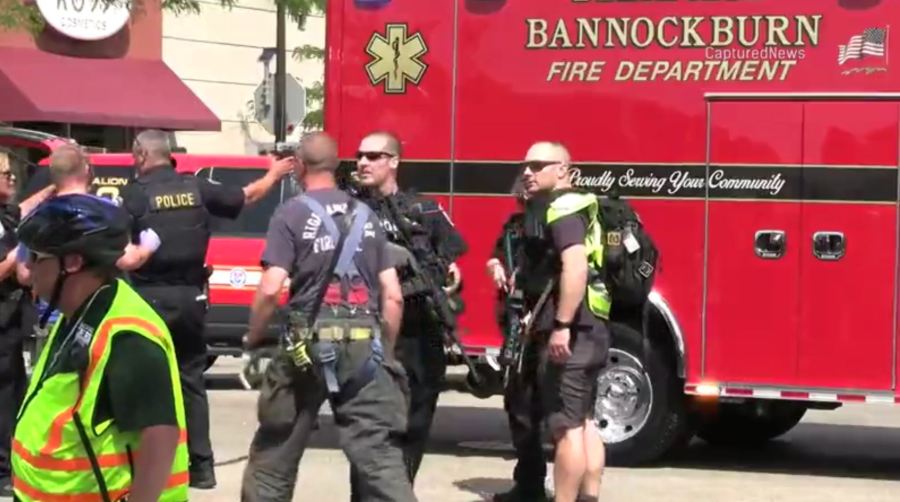 HIGHLAND PARK, Ill. — Five people were killed and 16 others were injured in a shooting at a Fourth of July parade in Highland Park.

The downtown parade was disrupted around 10:10 a.m. Monday after shots were fired. Witnesses reported seeing heavy police presence and fire vehicles and some said they saw multiple people running from the parade.

Seven law enforcement agencies, including state police and the Lake County Sherriff’s Office, are assisting with the active shooter response.

The suspected gunman is not in custody. The public in the surrounding area is being urged to shelter in place and to avoid the downtown area.

Witnesses said the gunman was on the roof of a store and fired into the parade crowd. Officials have not confirmed that information.

Officials said Fourth Fest, scheduled to start at noon, has been canceled. Metra service near the area has been suspended. Several surrounding suburbs have canceled their Fourth of July celebrations in response to the shooting.

Illinois Gov. JB Pritzker said in a tweet that he is “closely monitoring the situation in Highland Park.”

No further information was provided.