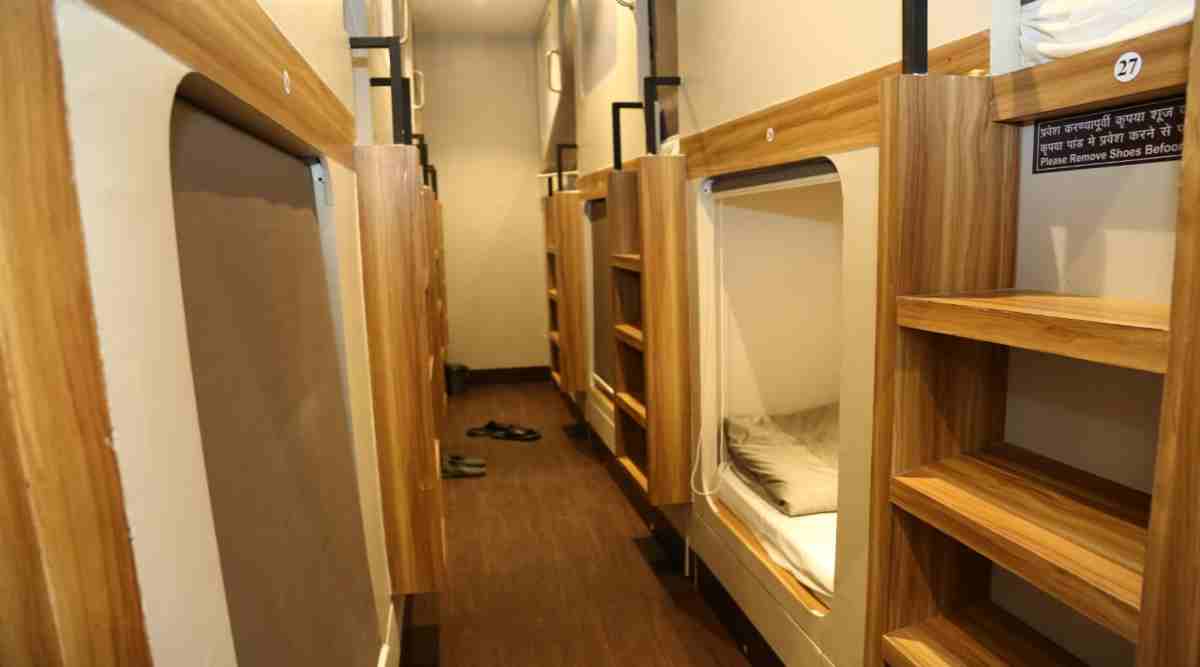 In order to cater to the growing lodging requirements of the travelers, the Indian Railways has opened a second sleeping pod facility at the Chhatrapati Shivaji Maharaj Terminus. in South Mumbai. The facility, which is equipped with modern amenities, will provide better accommodations and cheap stay options to its passengers. Minister of Railways, Ashwini Vaishnow, shared the pictures of the facility on Twitter.

The facility, which is located near the waiting room of the C.S.T railway station, is currently equipped with 40 sleeping pods. These are categorized into six double pods, 30 single pods, and four family pods. The facility will have a capacity of 50 persons.

Amenities for lodgers at the sleeping pods

The state-of-the-art Pod Hotel is equipped with new-age facilities like locker rooms, fire alarms, intercom, mobile charging facilities, deluxe toilets, etc. To book a pod, passengers can either go to the station’s reception or through an app. The lodging charges have been kept economical keeping in mind the needs of budget business travelers. The minimum charge for a single bed in a sleeping pod will be Rs 499 for 12 hours.

Apart from this, it will have separate washrooms, shower rooms for women and men as well as a luggage room for the passengers.

The contract for the operation and development of the sleeping pods was awarded to Namah Enterprises on five years lease with a fee of Rs 10,07,786 to be given to the Indian railways. The company is expecting to earn a revenue of around Rs 55.68 lakh from the facility’s operations. The railway authorities have also provided a space of 131.61 square meters for the facility.

The first pod hotel by the Indian Railway at Mumbai Central Railway Station has 48 capsule-like rooms including private pods, classic pods, and separate pods for women as well as for differently-abled commuters The station is one of the busiest in the country, used by lakhs of commuters on a daily basis.