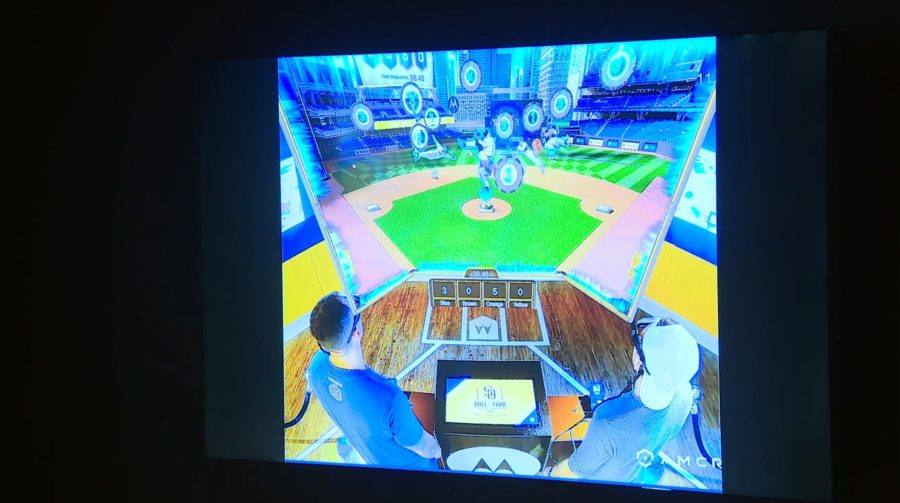 SAN DIEGO – Ever wonder what it would be like to stand in the batter’s box against Trevor Hoffman? A new augmented reality game, debuting this week at Petco Park, gives fans the chance to do just that.

Up to four people at a time can play the game located inside the Padres Hall of Fame using Motorola devices and smart glasses. It places players right down on the field at the ballpark to hit moving targets while staring back at Hoffman, Tony Gwynn and other Padres legends.

It is part of the team’s new first-of-its-kind partnership with Motorola, which was announced earlier this year.


X Games soars back into SoCal venues this month

Under the new deal, the team will place the batwing Motorola logo on the shoulders of its jerseys starting in the 2023 season. The company also became the presenting partner of the Padres Hall of Fame and its signage is featured prominently around the ballpark.

In a statement released in April, Rudi Kalil, vice president and general manager, North America at Motorola. said the company the Padres share “a commitment and passion towards creating meaningful consumer experiences.”

Augmented reality experiences have become widely available in recent years, allowing players to play some of their favorite games in real-world environments. They’ve been popularized by mobile apps such as “Pokémon GO” and “Harry Potter: Wizards Unite” as well as through social media apps like Instagram and Snapchat.

Those with a ticket to a Padres game or taking a tour of Petco Park can check out the new game for free.