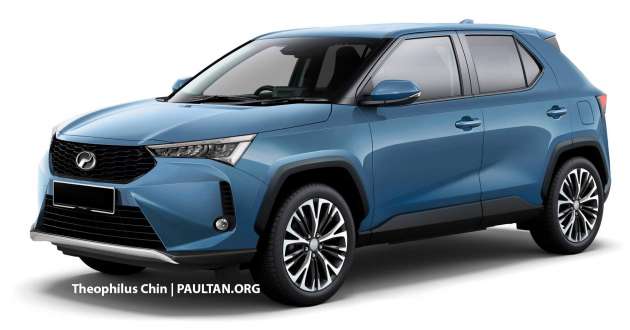 It was previously rumoured that Perodua is working on a B-segment SUV that will be positioned above the Ativa in the line-up. Back in March this year, we reported that the carmaker carried out a market survey to gather opinions related to the yet-to-be-confirmed model.

At the time, rendering maestro Theophilus Chin created a few renders of what such a vehicle might look like based on a Suzuki Vitara. Now, he’s back with another set of renders, this time using the Toyota Yaris Cross as a starting point. 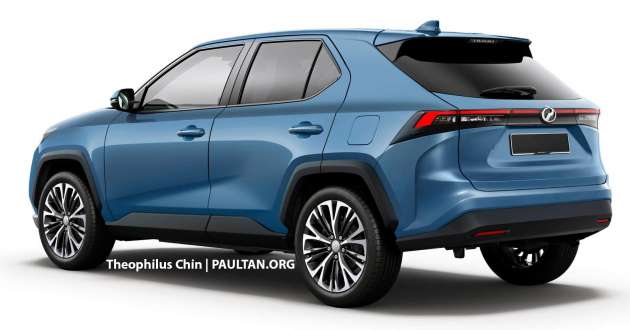 Dimensions aside, Theo transformed the Yaris Cross into an imagined Perodua model by replacing the Toyota’s rounded face for an aggressive, X-themed one as seen on both the Ativa and Myvi. The new bumper, which sports a more angular grille and lower intake, is joined by a front faux skid plate as well as sharper headlamps with revised bonnet shut lines to match.

Down the sides, a strong belt line has been added to link the front and rear lighting units, while a prominent crease appears between the doors. The roundish black body cladding of the Yaris Cross also gets revised to match the sharper overall look, while the haunches have been downplayed somewhat.

You’ll also notice the D-pillars have been altered to negate the Yaris Cross’ swooping roofline, which should promote more headroom for rear passengers. This is most obvious when viewing the vehicle from the rear three quarters, where the full-width taillights (linked by a centre trim piece) are slimmer and no longer contact the rear window.

The two-piece Harrier-like taillights instead extend into the fenders and point towards the rear wheels, joined by bold crease lines originating from the tailgate. This too has been revised to accommodate the taillights that sit lower, and the black trim in the lower apron is now smaller. 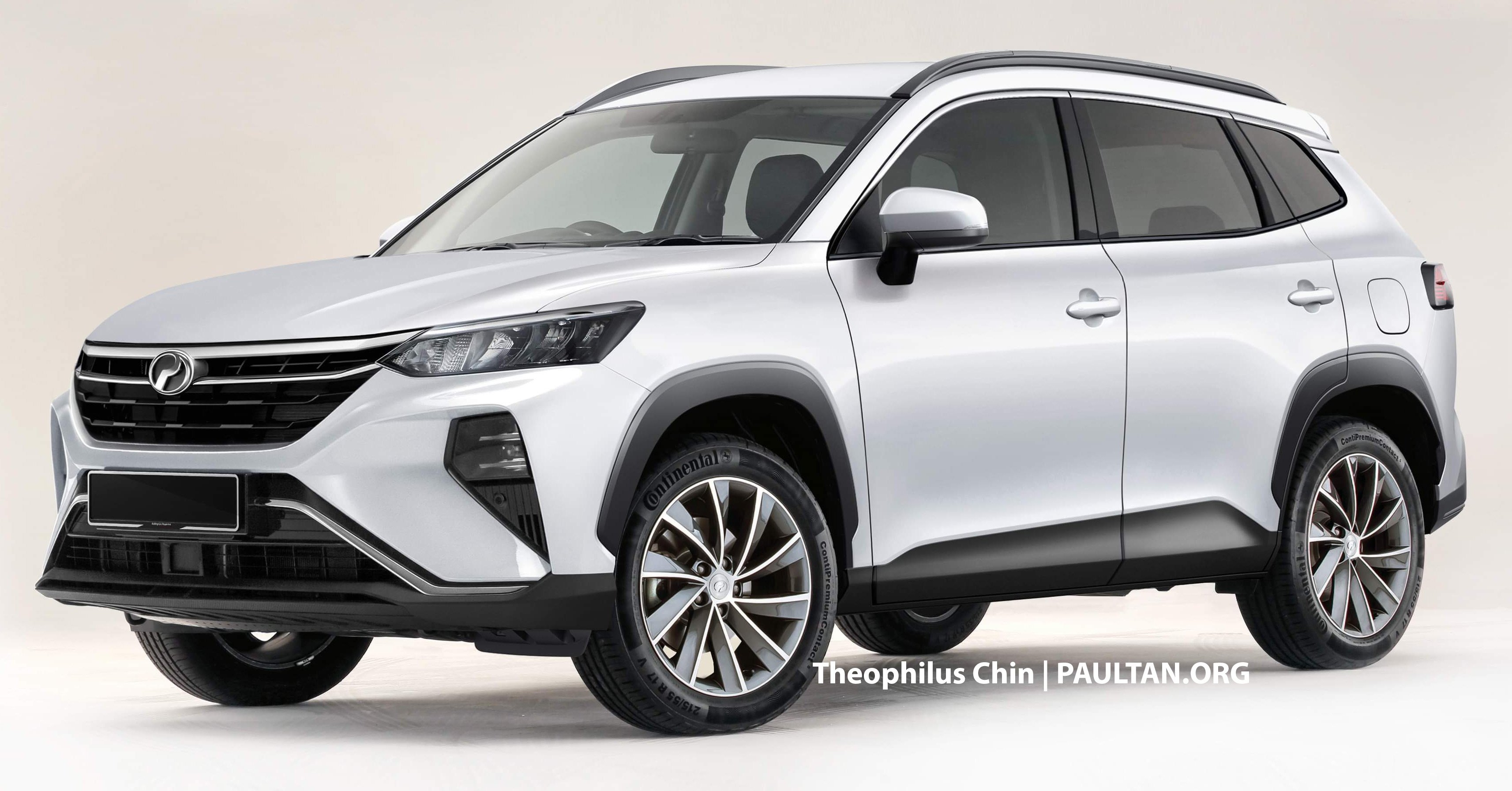 As for technical details, it’s purely hearsay for now. The word on the wire is that the Perodua B-segment SUV will be built on the Daihatsu New Global Architecture (DNGA) that is also used by the Ativa, Daihatsu Xenia, Avanza, Veloz and the upcoming Alza. It’s also said to pack the same 1.5 litre 2NR-VE Dual VVT-i engine as the Myvi, paired with a D-CVT.

Other elements of the rumour include a debut in 2023 as well as a projected starting price of RM73,000, which is close to the top-spec Ativa 1.0 AV and undercuts the X50 that starts from RM79,200. As with anything rumour-related take what you read here with a pinch of salt pending official confirmation from the carmaker.

In any case, what do you think of Theo’s second take on the Perodua B-segment SUV? Based on the rumours and speculated details, are you looking forward to such a model coming to market? Let us know your thoughts in the comments below.