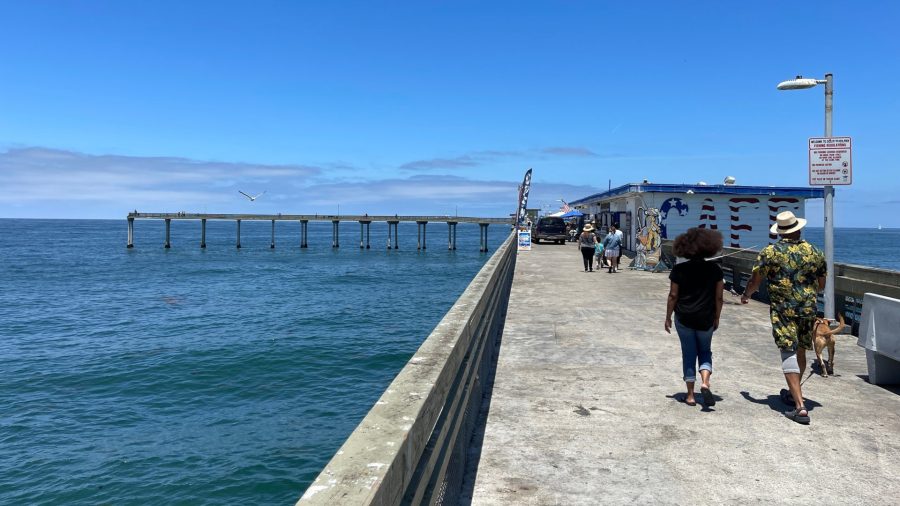 SAN DIEGO – The much-beloved Ocean Beach Pier officially reopened to the public Friday after many months of closures due to damage inflicted by storm conditions.

Crews removed the fencing that was put up to keep the public away from the pier after it was damaged in January 2021 storms, the city said Friday. Repairs began in December to repair the 55-year-old structure, which saw its west end closed after storms caused significant damage to two columns that vertically support the pier.


Did you know San Diego County has a ‘haunted’ lake?

In January, a city tweet showed crews beginning to install scaffolding on the west end for emergency repairs, though a large portion of the pier was expected to remain open during construction. The pier partially reopened last May after city crews repaired some broken railings along the structure.

Closures have been a regular occurrence at the pier in recent years as high surf has taken its toll.

A 2019 city inspection of the pier determined that it had “reached the end of its service life.” Emergency repairs are intended as temporary fixes as the city looks to chart a long-term plan for the pier.

Rehabbing it could extend its life at a cost of between $30 million and $50 million, though it wouldn’t be able to address changes in sea level over time, according to the report.

The pier is the second-longest on the West Coast and annually attracts more than 500,000 visitors.