Over 700 pounds of drugs seized in five days 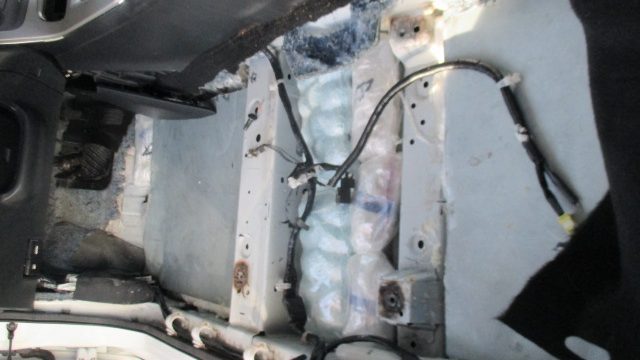 CALEXICO, Calif. — More than $8 million worth of drugs were seized by U.S. Customs and Border Protection officers from the Calexico Port of Entry over a span of five days, authorities said.

Between July 13 and July 17, CBP officers found 603 pounds of fentanyl, 187 pounds of methamphetamine and 2.5 grams of marijuana hidden inside travelers’ vehicles and luggage while applying for entry into the U.S., according to an agency news release. Those discoveries occurred after authorities noticed tampering of the travelers’ vehicles and unusual travel patterns.

Here were the incidents that took place during the five days, per CBP:

“Fentanyl, a very lethal drug, continues to be on the rise and our officers will relentlessly continue
doing everything they can to keep this hard narcotic off our streets,” said David Salazar, CBP Port
Director for the Calexico Port of Entry.

Over 150 people die per day from drug overdoses related to synthetic opioids derived from fentanyl, the CDC states.