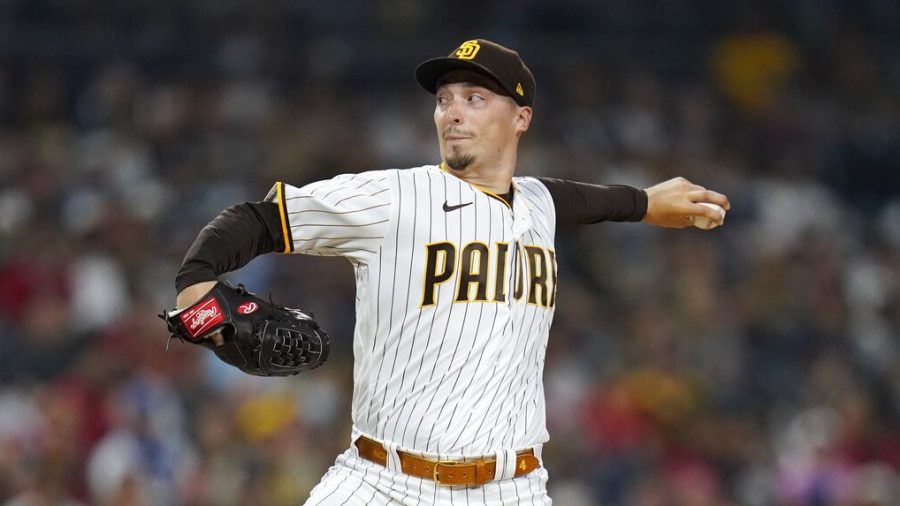 SAN DIEGO — Padres pitcher Blake Snell Thursday was involved in a minor crash during a traffic stop when his vehicle was struck by a suspected drunk driver on the side of Interstate 5, the San Diego Union-Tribune reported.

Around 10:56 p.m., California Highway Patrol received a call of a crash on I-5 northbound, north of state Route 56, Officer Jesse Matias stated in a release.

The San Diego Police Department pulled over a gray Mercedes-Benz sedan, driven by a 29-year-old man of Lynnwood, Washington, who the U-T identified as Snell. While on the right shoulder of I-5 north, a gray Toyota sedan traveling northbound veered off the roadway and crashed into the left side of the Mercedes-Benz, authorities said.

Snell was not injured in the crash but a passenger of his vehicle suffered minor injuries, CHP told the paper.

The driver of the Toyota, a 39-year-old man of Vista, was not hurt, Matias said. He was later arrested on suspicion of driving under the influence of alcohol.

No other injuries were reported.

The cause of the crash remains under investigation by CHP.