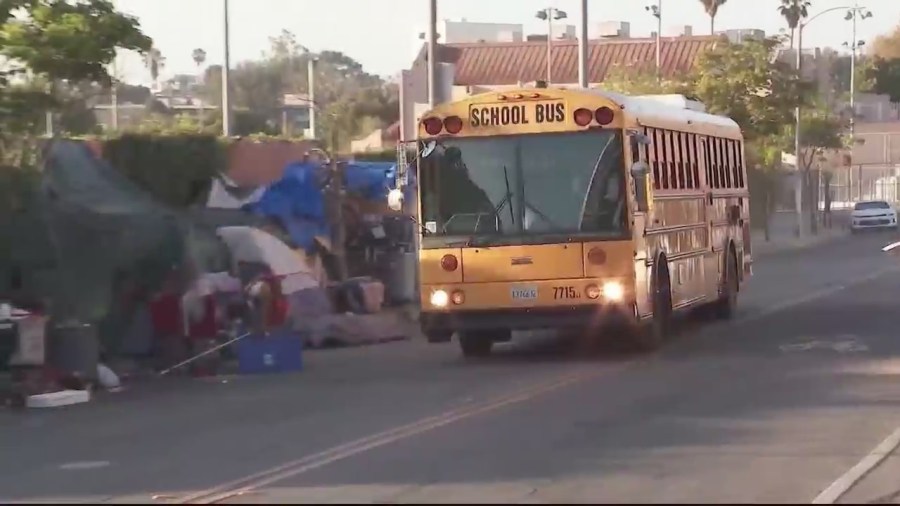 CHULA VISTA, Calif. — A tarp is expected to be put up in the coming days at a South Bay elementary school to shield children from a growing homeless encampment, according to education officials.

Parent Stephen Antoniewicz and his 5-year-old daughter can no longer play in the park near a growing homeless encampment next to Harborside Elementary School in Chula Vista.

He is concerned over drug use and illegal activity at the encampment. He also says the playground has been recently removed.

“It’s absolutely ridiculous and it shows that the politicians care more about the homeless people than they do about the kids in this community,” Antoniewicz said.

In Los Angeles, the city council voted this week to ban homeless encampments near schools and daycares. Chula Vista city leaders have said police are doing patrols and outreach at the encampment.

“That park is not owned or operated by the Chula Vista Elementary School District, but we are trying to mitigate the situation and help our parents and our community feel safe when they are going to school, and by doing so, we’re actually setting up a tarp over the fence so that tarp will act as a visual barrier,” said Giovanna Castro with Chula Vista Elementary School District.

City officials have also said the homeless have rights to be there.

“It does absolutely nothing to fix the problem. It’s just like taking the playground out. It’s saying ‘Hey guys! Do whatever you want.’ It’s a brown paper bag. It doesn’t do anything to actually fix the problem,” Antoniewicz said.

School started at Harborside in July.

Parents also say they plan to voice their concerns at a city council meeting set for Aug. 23.