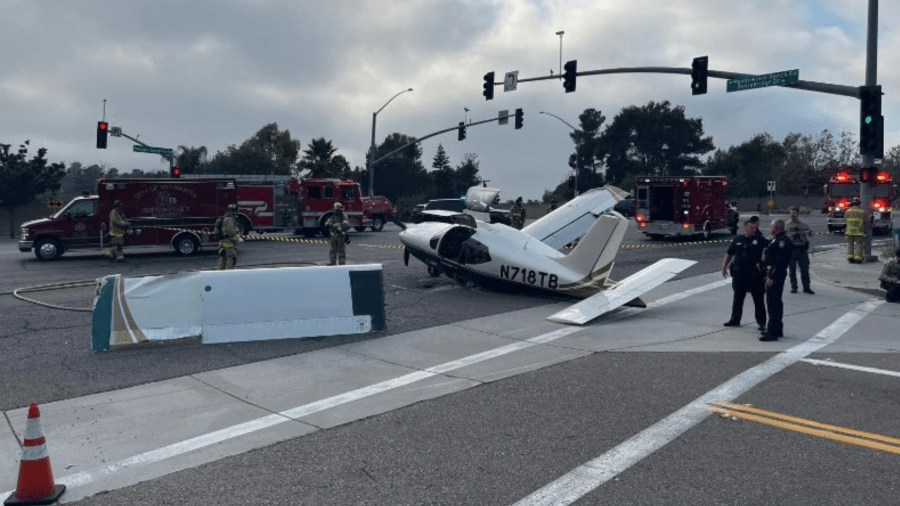 SAN MARCOS, Calif. – Officials with the San Diego Sheriff’s Department are investigating after a small plane made an emergency landing in the middle of a busy San Marcos intersection and hit a car Saturday afternoon, authorities said.

The small Cessna aircraft landed at the intersection of Santa Fe Road and Melrose Drive in San Marcos around 6:15 p.m., according to Lt. Ryan Wisniewski with the San Diego Sheriff’s Department.

All passengers inside of the plane and the vehicle hit have been safely evacuated at this time and those that were inside of the car are currently being treated for minor injuries. The exact number of people involved is unknown.

At this time, deputies with the San Diego County Sheriff’s Department say that road closures are imminent as officials work to clean up the scene.

The reason for the emergency landing is unknown.