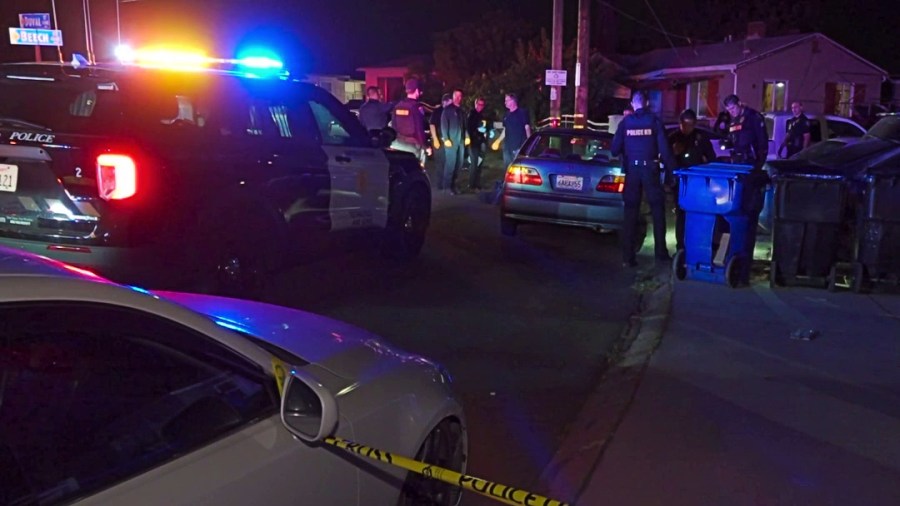 The string of shootings, which took place between Saturday and Sunday, resulted in the death of one man and six people being injured, Lt. Adam Sharki said in a news release.

The fatal shooting occurred early Sunday morning in Linda Vista, when a 41-year-old man was found with a gunshot wound to his back near the 2200 block of Ulric Street, according to SDPD. He was pronounced dead a short time after first responders arrived at the scene.

Three men were injured Saturday night at a party in the Ridgeview-Webster neighborhood after shots were fired outside a home in the 4800 block of Beech Street. SDPD said over the weekend that investigators were working to determine if there was a shootout. All three men are expected to survive their injuries, police said.

Another man was taken to the hospital early Sunday after being shot at an apartment complex located at 6345 El Cajon Boulevard in the Rolando Village area. Officials say his injuries were not life-threatening.

Two other shootings took place Saturday, according to SDPD. One shooting was located at 5271 Luber Street in the Emerald Hills neighborhood and the other happened at 4300 Imperial Avenue near the Mountain View area, Sharki said. A person was injured in both shootings, but they are expected to survive. No other information on these shooting incidents were provided by police.

Police have made arrests in some of these cases, but are still seeking information on all five shooting incidents as they pursue leads, Sharki added.

SDPD asks anyone with information on any of these shootings to contact San Diego Police Department or leave a tip with Crime Stoppers anonymously at 888-580-8477.