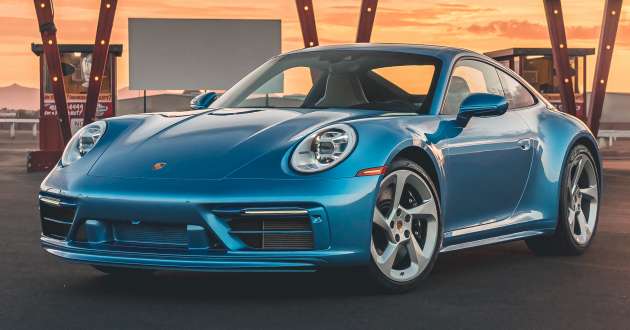 The Porsche 911 has been popular, to say the least – the one-millionth example of the sports car bearing the nameplate rolled off the production line in May 2017 – and it has starred in many a movie.

Notably in the animated movie genre, the Neunelfer played a prominent role in Cars series of movies by Pixar Animation Studios, and the German manufacturer has now produced the Sally Special – a one-off build by Porsche Exclusive Manufaktur in Stuttgart and Style Porsche in Weissach, in collaboration with Pixar.

Based on a 992-generation 911 GTS, the Sally Special carries over that car’s mechanical specification in three-pedal guise, which means a 3.0 litre biturbo flat-six sending 480 PS and 570 Nm to the rear wheels via a seven-speed manual gearbox. 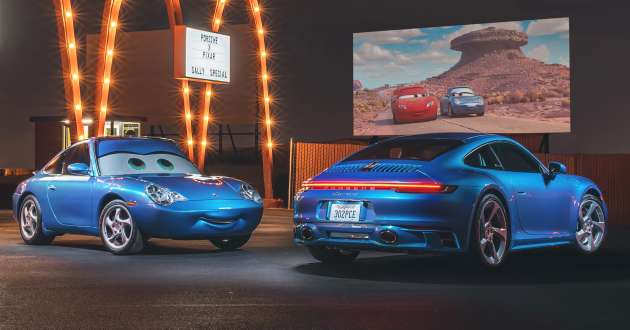 The bespoke work on the Sally Special is focused on aesthetics to mirror that of the movie car, as well as a customised interior; the original iteration of “Sally Carrera” did not reveal its cabin.

Leading the visual cues is the Sally Blue Metallic exterior paint finish, to match that of the original character car from that first movie that was modelled after the 996-generation Carrera facelift. This colour will not be offered as an option for customers in the Paint-To-Sample customisation programme, said Porsche.

Rolling stock is a set of five-spoke alloy wheels of 20- and 21-inch diameters front and rear, and these items for the Sally Special were made specifically for this car as a reinterpretation of the five-arm “Turbo look” wheels of the 996 generation. 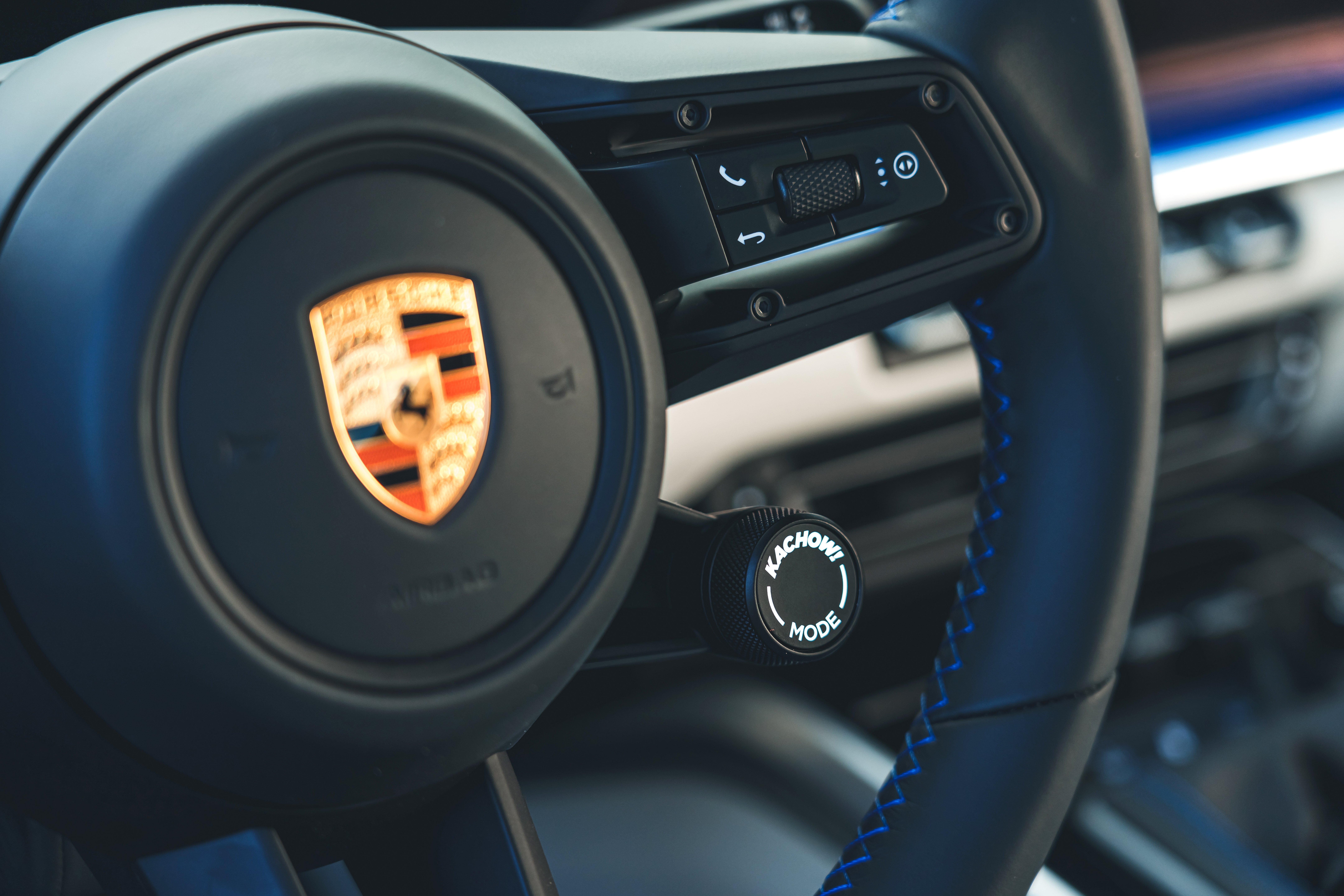 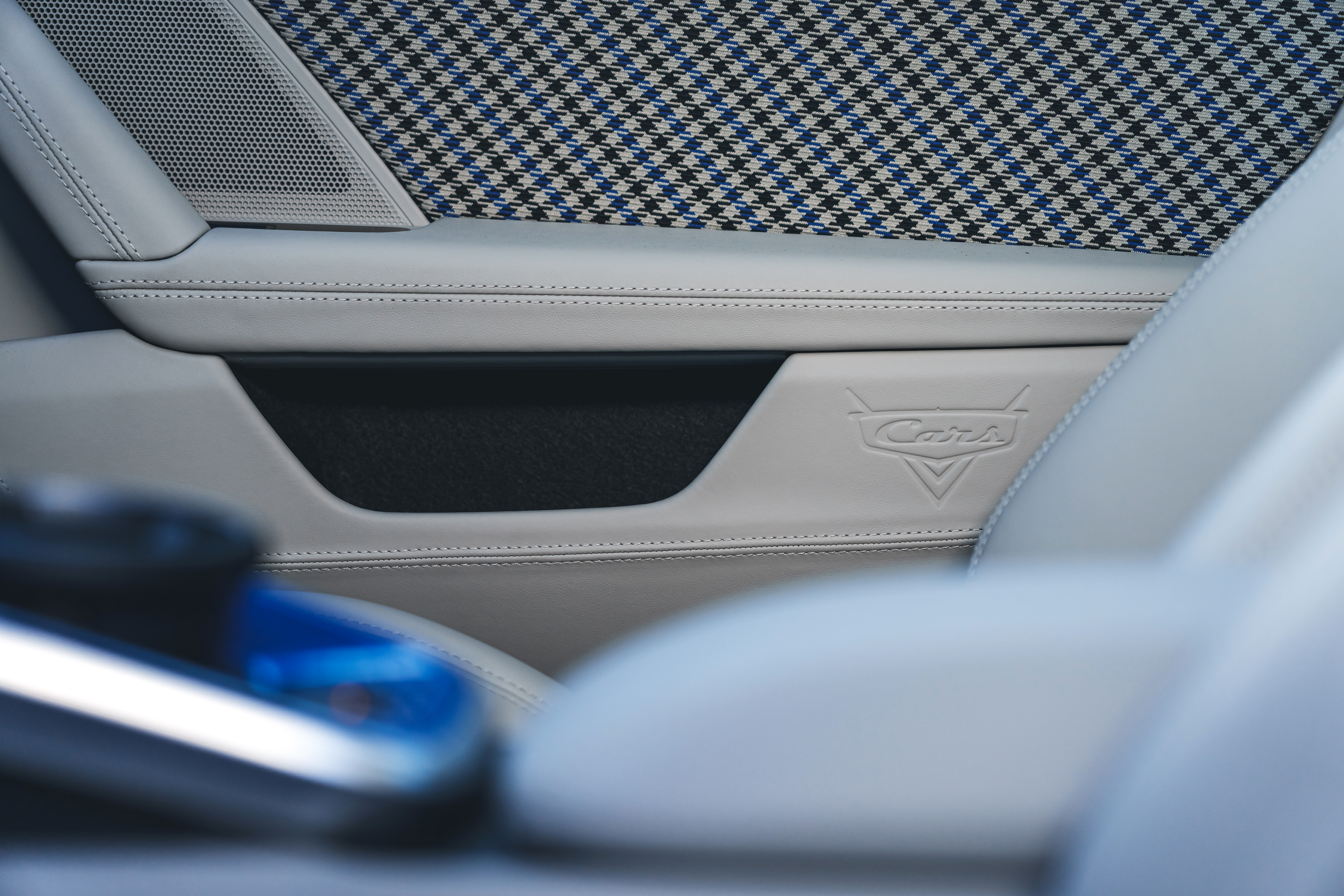 Elsewhere along the Sally Special exterior, the inserts on the front and rear bumpers which are matte black on the series-production car are instead painted to match the Sally Blue Metallic body colour. Inside, the cabin of the Sally Special has been given a special Pepita houndstooth fabric upholstery in three colours, and is part of the interior colour scheme that is comprised of Black, Slate Grey, Speed Blue and Chalk.

Various cues offer a nod to the Cars movie, such as the debossed ‘Cars’ logo below the door armrest, and the “Kachow!” mode button on the drive mode selector dial, in reference to the quoted exclamation by the movie’s protagonist Lightning McQueen.

This one-off build based on the movie’s car character will be auctioned by RM Sotheby’s at the Monterey Car Week in California on August 20, and proceeds from the car’s auction will go to two charities; a portion will go to Girls Inc, while a second portion will go to USA for UNHCR, an organisation in support of refugees from Ukraine.