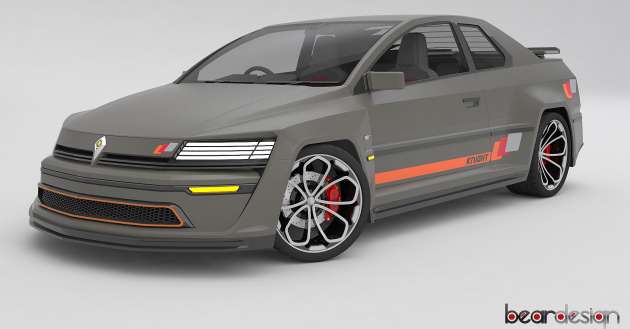 The original Proton Saga is a landmark car in the Malaysian automotive landscape, and the Saga Knight occupies a certain place in the minds of Malaysians, particularly those who grew up in the Nineties.

Present-day digital renditions of the early national car have surfaced courtesy of former Proton designer and current head of industrial design at MIMOS Saharudin Busri, and here comes another take on the theme, this time from design lecturer Khairul Anwar Tumingan, the artist behind Bear Design as shown on the Beruang Laut Facebook page.

Here, Khairul has presented the Proton Saga Knight Coupe Concept in two forms; one in a black, orange and red scheme reminiscent of the original, and another in a race car livery inspired by racers of a certain vintage. 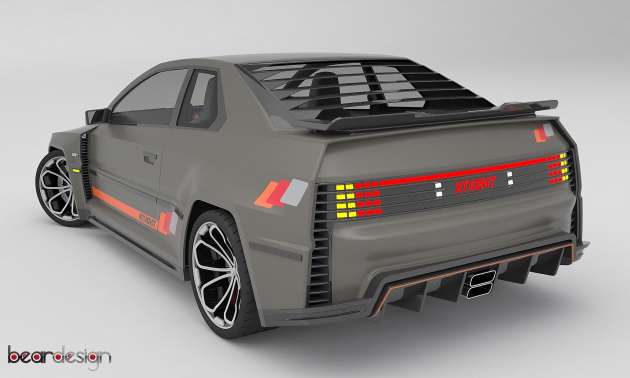 As the name indicates, the shortened car design brings a two-door body and more visual muscle courtesy of flared, squared wheel arches, with deep, aggressive vents aft of the front wheels. All around the car, straight lines dictate the overall look of the Saga Knight Coupe Concept, where the narrow front grille throws back to the item on the original Saga and the headlamps echo the theme with lines of their own.

Thick C-pillars bookend the rear windscreen that wears the classic slatted shade seen on the roadgoing Saga of the time, terminating in a rear spoiler lip atop the bootlid. Viewed in profile, the Saga Knight Coupe Concept wears dished wheels, appearing to be of a two-tone machined finish. 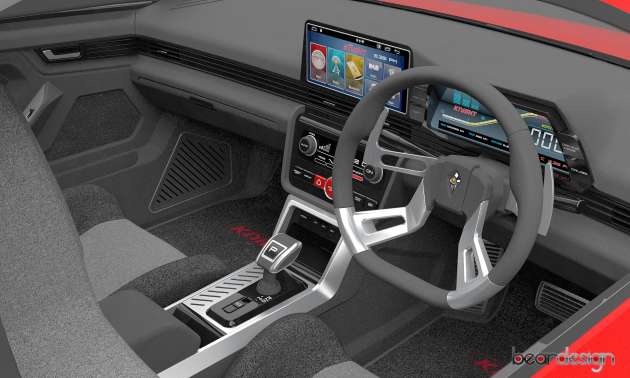 Meanwhile, its interior is taken in a more modern direction compared to the car’s retro exterior. A fully digital instrument panel greets the driver, as does a two-spoke steering wheel that recalls that of the original Saga, with its spokes at the eight- and four o’clock positions. These are also joined by what appear to be column-mounted shift paddles.

The modernised-Saga theme continues, as the instrument binnacle is actually of a trapezoidal shape like on the original car, as is the slatted air-conditioning vents arrangement that spans the width of the dashboard. 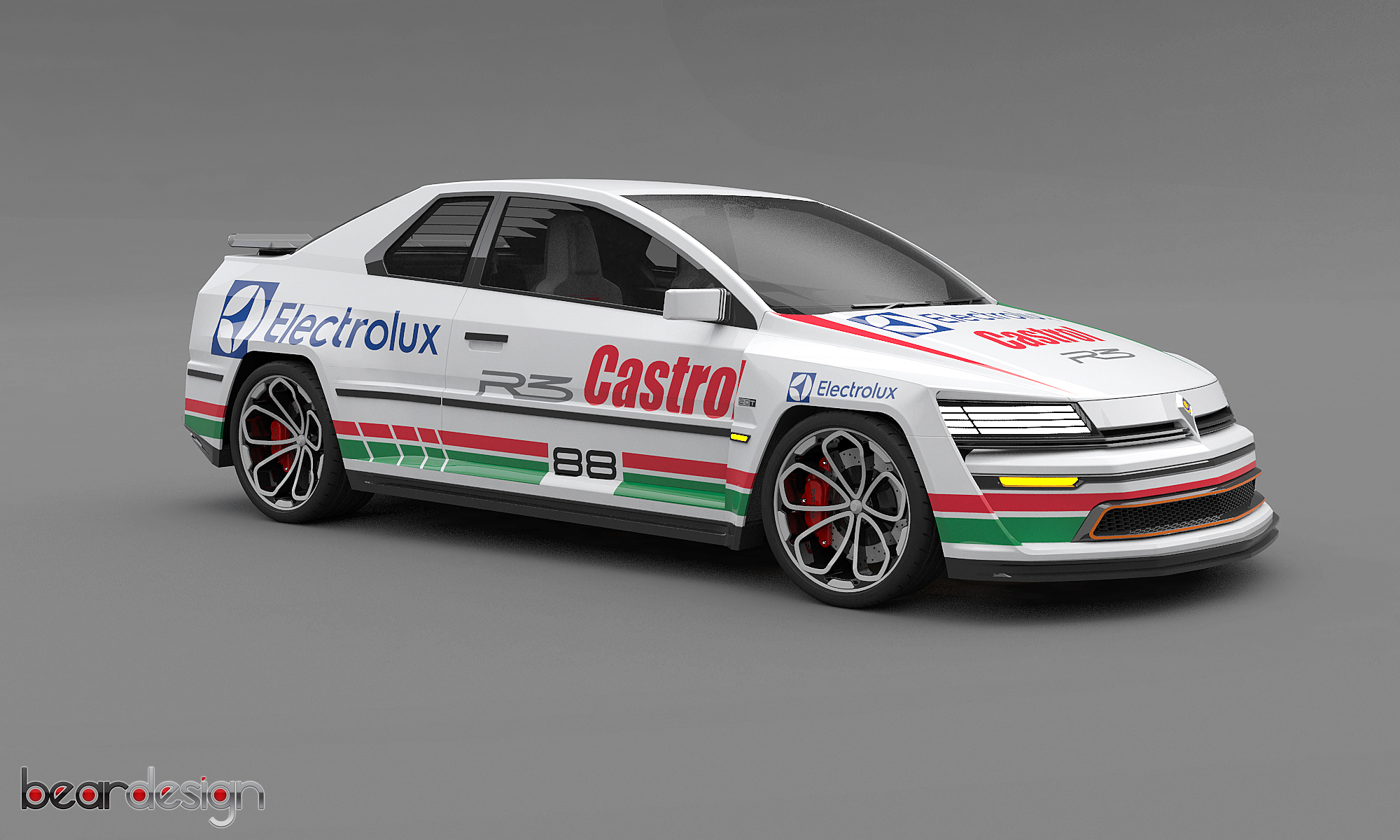 Modern-day appointments include the widescreen infotainment unit which appears to run a smartphone-like operating system, while the digital air-conditioning controls reside below. Further down, the automatic transmission selector is joined by an electric parking brake. This rendition seems to have been drawn up with sprited driving in mind, too; the front seats appear to be sporty and considerably bolstered.

Also of note is the race car version of the Saga Knight Coupe Concept, which is shown wearing the Castrol colours of white, red and green. Which of these two colour schemes do you prefer?